: one that immigrates: such as
a
: a person who comes to a country to take up permanent residence
b
: a plant or animal that becomes established in an area where it was previously unknown
immigrant adjective

Both of these words come from the Latin migrare (“to move from one place to another”), and both have definitions in English that hew closely to their etymological roots, but there is a definite difference between how you would use each one. Emigrant is used in reference to the country that has been left (“an emigrant from Canada”), while immigrant is used in reference the country that one is destined for (“an immigrant to Spain”).

Millions of immigrants came to America from Europe in the 19th century. The city has a large immigrant population.
Recent Examples on the Web Monterey Park’s transformation to a predominantly Asian city was the brainchild of Fred Hsieh, a Chinese immigrant who was also a savvy real estate developer. —

Deepa Bharath, BostonGlobe.com, 26 Jan. 2023 The box office-shattering film about a Chinese immigrant swept up in a wild, cross-universe adventure is currently available to stream on Showtime or Paramount+. —

San Diego Union-Tribune, 21 Jan. 2023 For Thea Pham, a first-generation Vietnamese immigrant, sending money to her family is also a priority. —

National Geographic, 13 Jan. 2023 In the film, based on a real case, Rama (Kayije Kagame), a novelist, observes the trial of Laurence Coly (Guslagie Malanda), a Senegalese immigrant accused of killing her infant daughter. —

These example sentences are selected automatically from various online news sources to reflect current usage of the word 'immigrant.' Views expressed in the examples do not represent the opinion of Merriam-Webster or its editors. Send us feedback.

1789, in the meaning defined above 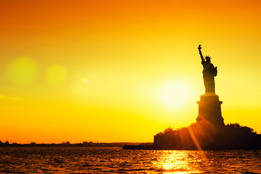 1
: a person who comes to a country to live there
2
: a plant or animal that becomes established in an area where it did not occur previously
immigrant adjective

More from Merriam-Webster on immigrant