: a striking or extraordinary person or thing
That was one humdinger of a storm.

The last storm was a real humdinger! I hear we're in for another humdinger of a storm!
Recent Examples on the Web Marketed as a dark Western, Brian Watkins' Outer Range is closer to Twin Peaks than Yellowstone, a magnificently weird and beautifully shot science fiction humdinger set in modern-day Wyoming.

David Faris, The Week, 22 Aug. 2022 It’s a bona fide humdinger of a black comedy by Martin McDonagh, that master conductor on the route to bloody ends.

Washington Post, 22 Apr. 2022 The second son of the former president delivered a humdinger of a performance -- even by his own low standards -- during an appearance on Fox News Channel with Maria Bartiromo on Sunday.

Chris Cillizza, CNN, 20 Sep. 2021 Oršić’s goal was the fifth in an eight-goal humdinger with Spain, the highest-scoring match witnessed in the competition since the very first: a 5–4 win for Yugoslavia over France, sixty-one summers ago.

Sam Knight, The New Yorker, 2 July 2021 Why, goodness gracious, great balls of fire, that’s a humdinger of a show at Osceola Arts.

Matthew J. Palm, orlandosentinel.com, 8 Mar. 2021 That trade was a humdinger; Wings owner Mike Ilitch sent his private plane to fetch Shanahan and have him in Detroit for that night’s game.

Paul Daugherty, Cincinnati.com, 2 Apr. 2020 Moby Arena is an old school arena and a must-see venue for basketball fans around Colorado, and Friday night’s tilt between the Rams and Buffs is sure to be a humdinger.

These example sentences are selected automatically from various online news sources to reflect current usage of the word 'humdinger.' Views expressed in the examples do not represent the opinion of Merriam-Webster or its editors. Send us feedback. 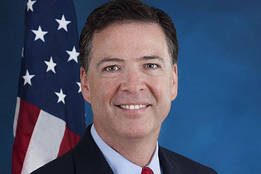 Trending: CNN Has Connected Comey and...

When you think of political hearings, what's the first word that comes to mind?