1a : a mythological or legendary figure often of divine descent endowed with great strength or ability
b : an illustrious warrior
c : a person admired for achievements and noble qualities
d : one who shows great courage
2a : the principal character in a literary or dramatic work —used specifically of a principal male character especially when contrasted with heroine A special feature was the cliff-hanger ending when hero, heroine, or both found themselves confronting a violent demise …— Ira Konigsberg —now also used of a principal character who is female … action movies with female heroes are emerging more frequently, and with increasing quality.— William Bibbiani
b : the central figure in an event, period, or movement
3 plural usually heros : submarine entry 2 sense 2
4 : an object of extreme admiration and devotion : idol

Examples of hero in a Sentence

Noun (1) A motto of his hero, Thomas Edison, is inscribed on a favorite sweatshirt : "To invent you need a good imagination and a pile of junk." — Britt Robson, Mother Jones, May/June 2008 Greater authors—Arthur Conan Doyle most notably—have been in the same dilemma when seeking closure. And, like Conan Doyle, Rowling has won imperishable renown for giving us an identifiable hero and a fine caricature of a villain, and for making a fictional bit of King's Cross station as luminous as a certain address on nearby Baker Street. — Christopher Hitchens, New York Times Book Review, 12 Aug. 2007 Here's a novel by a decorated war hero with a fictional Middle Eastern desert war at its core. It pits an American-led coalition against a potentially lethal enemy … — Lorenzo Carcaterra, People, 3 June 1991 Other physicists, long wedded to the notion that nothing can escape from a black hole, have generally come to accept that discovery. And the stuff emitted from little black holes (and big ones too, but far more slowly) is now called Hawking radiation. "In general relativity and early cosmology, Hawking is the hero," says Rocky Kolb, a physicist at Fermilab in Illinois. — Leon Jaroff, Time, 8 Feb. 1988 He returned from the war a national hero. the hero of a rescue She was a hero for standing up to the government. His father has always been his hero. He has always been a hero to his son. See More
Recent Examples on the Web: Noun The newest Disney+ series set in a galaxy far, far away explores the origins of that hero, whose sacrifices would eventually help the Rebel Alliance take down the evil Galactic Empire. — Scottie Andrew, CNN, 1 Aug. 2022 But through the haze shined Tarter's hero, Darnell Hillman, playing for the Indiana Pacers. — The Indianapolis Star, 15 July 2022 Garfield came to the White House as a dark horse candidate after a career as a scholar, war hero and congressman. — cleveland, 15 July 2022 On June 6, 1944, the American war hero landed with the first wave of the 1st Infantry Division at Omaha Beach in Normandy, France — the invasion known as D-Day. — Fox News, 14 July 2022 Chase was a local BMOC: high school football hero, son of privilege, quite the ladies’ man. — Mark Feeney, BostonGlobe.com, 13 July 2022 The finale's other big reveal comes in the post-credits scene, which features a cameo by Kamala's hero, Carol Danvers (Brie Larson). — Brendan Morrow, The Week, 13 July 2022 For starters, our hero Kamala Khan (played by the supremely charismatic Iman Vellani) is an American Pakistani, Muslim teen. — Lorraine Ali, Los Angeles Times, 13 July 2022 His work includes Shang-Chi, the hero played by Simu Liu, and Pip the Troll, who appeared in Eternals and was voiced by Patton Oswalt. — Aaron Couch, The Hollywood Reporter, 12 July 2022 See More

These example sentences are selected automatically from various online news sources to reflect current usage of the word 'hero.' Views expressed in the examples do not represent the opinion of Merriam-Webster or its editors. Send us feedback.

First Known Use of hero

History and Etymology for hero

The first known use of hero was in the 14th century 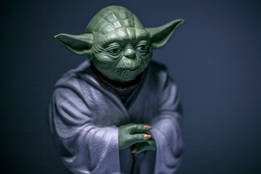 1 : a person admired for great deeds or fine qualities We study heroes of our nation's history.
2 : a person who shows great courage The firefighters were heroes.
3 : the chief male character in a story, play, or poem

More from Merriam-Webster on hero