1 British : a dealer in notions
2 : a dealer in men's clothing and accessories
Did you know? Example Sentences Learn More About haberdasher

At various times throughout its history, the term haberdasher has referred to a dealer of hats or caps, a seller of notions (sewing supplies, such as needles and thimbles), and apparently (perhaps somewhat coyly) to a person who sells liquor. Nowadays, with hats not being as fashionable as they once were, the word mostly is applied generally as a clothing outfitter for men, with haberdashery referring to the establishment or the goods sold there. Haberdasher derives via Middle English from hapertas, an Anglo-French word for a kind of cloth, as does the obsolete noun haberdash, which once meant petty merchandise or small wares.

Examples of haberdasher in a Sentence

Recent Examples on the Web Modern American haberdasher Sid Mashburn carries a mix of darted and undarted jackets. — Eric Twardzik, Robb Report, 6 Apr. 2022 Frank doesn’t spend any time on Truman’s service in World War I or his stint as an enterprising haberdasher in Kansas City. — Steve Donoghue, The Christian Science Monitor, 29 Mar. 2022 Bernstein was 16 years old, self-conscious about his freckles and trying to hide his status as a high school junior behind a spiffy suit from the same discount haberdasher who outfitted then-Senate Majority Leader Lyndon Johnson. — Washington Post, 14 Jan. 2022 The reversible balmacaan, which was originally made for J. Press by Burberry, soon became a best-seller at the haberdasher’s collegiate and city locations. — Eric Twardzik, Robb Report, 7 Dec. 2021 Stanley Louis Brown, son of Jacob Brown, a haberdasher, and his wife, Ida Brown, a homemaker, was born in Baltimore and raised on Whittier Avenue. — Frederick N. Rasmussen, baltimoresun.com, 25 Sep. 2021 Edward Russell Coady, son of Edward A. Coady, a haberdasher, and his wife, Anita Russell Coady, a homemaker, was born in Baltimore and raised in Edmondson Heights. — Frederick N. Rasmussen, baltimoresun.com, 17 May 2021 The Harlem haberdasher pirated Gucci in the 1980s; when Gucci copied the copies in 2018, there was a backlash. — Laird Borrelli-persson, Vogue, 13 May 2021 Amid flashing lights, a stage presentation headlined by chief Causeway haberdasher Cam Neely, and a slick two-minute video the envy of Fashion Avenue, the Bruins on Sunday unveiled their new third jersey at the World Trade Center. — BostonGlobe.com, 25 Nov. 2019 See More

These example sentences are selected automatically from various online news sources to reflect current usage of the word 'haberdasher.' Views expressed in the examples do not represent the opinion of Merriam-Webster or its editors. Send us feedback.

First Known Use of haberdasher

History and Etymology for haberdasher

Note: The origin of the word haberdasher has long challenged scholars. Its earliest known occurrence, tracked by the Middle English Dictionary, is as a surname ("Thomas Haperdasser," "Will. Haperdassere") recorded in 1280 in the cartulary of an Oxfordshire abbey. In the fourteenth century evidence for the word and occupation becomes more substantial. The diversity of items carried by a medieval haberdasher—from laces and caps in different colors to gameboards, beads and stationery supplies—are detailed in an inventory made in 1378, included in the letter books of the Guildhall of London (see Henry Thomas Riley, Memorials of London and London Life in the XIIIth, XIVth and XVth Centuries, London, 1868, p. 422). Henry Riley had earlier edited a group of letter books containing records from the Guildhall (London's traditional city hall), and in them he found what he believed to be the key to the etymology of haberdasher. In a list of items on which a duty called scavage was charged (see scavenger) is "la charge de hapertas - xiid." ("the load of hapertas - 12 pence") (Munimenta Gildhallae Londoniensis: Liber Albus, Liber Custumarum et Liber Horn, vol. I containing Liber Albus, compiled A.D. 1419 [London, 1859], p. 225). As most other items on the list are fabrics, Riley came to the conclusion that hapertas was a fabric; in the glossary to the Anglo-French words in the Liber Albus (vol. 3, London, 1862, pp. 326-27) he defines it as "a cloth of a peculiar texture, probably coarse and thick" [how Riley arrived at this description is unclear]"…In the word 'hapertas' there can be little doubt that we have the origin of our present word 'haberdasher;' the more especially as the present word is represented by the word 'haberdassherie' in an almost exactly similar passage, of nearly contemporary date, in page 231." Most dictionaries compiled since Riley's work contain some version of this etymology, though it is difficult to sustain given current evidence. The word haberdasshe is attested in 1393, and its sense is likely "the things sold by haberdashers" ("De Henrico Galt pro diversis parvis mercandisiis vocatis haberdasshe." - "From Henry Galt for various small items of merchandise called haberdasshe"; N. S. B. Gras, The Early English Customs System, Cambridge MA, 1918, p. 535). From all appearances this word is a back-formation from haberdassher, which, whatever its origin, is attested much earlier. In this light it is hard to see hapertas as anything more than an exceptionally aberrant variant of haberdasshe. As Riley makes clear, it appears to denote the same thing as haberdassherie, which is a transparent derivative from haberdassher, and means "articles sold by haberdashers." Riley's hypothesis was in any case an instance of obscurum per obscurius, as hapertas is as lacking in etymology as haberdassher (as noted by Anatoly Liberman in "The Haberdasher Displays His Wares and Escapes," OUPBlog, August 6, 2008).

The first known use of haberdasher was in the 14th century

Listen to Our Podcast About haberdasher 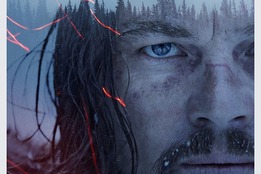 Get ready for your close-up, 'revenant' 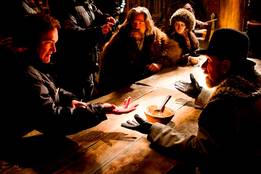 More from Merriam-Webster on haberdasher