1
: a person having many diverse activities or responsibilities
2
: a general servant

"Do everything!" That's a tall order, but it is exactly what a factotum is expected to do. It's also a literal translation of the New Latin term factotum, which in turn traces to the Latin words facere ("to do") and totum ("everything"). In the 16th century, factotum was used in English much like a surname, paired with first names to create personalities such as "Johannes Factotum" (literally "John Do-everything"). Back then, it wasn't necessarily desirable to be called a factotum; the term was a synonym of "meddler" or "busybody." Now the word is more often used for a handy, versatile individual responsible for many different tasks.

He was the office factotum.
Recent Examples on the Web Francesca, one of her former students, works tirelessly as Lydia’s factotum, amanuensis, and personal assistant, in the expectation of becoming her assistant conductor in Berlin.

Richard Brody, The New Yorker, 12 Oct. 2022 Pulling the curtain through the years is Atung (Glenn Obrero), a figure who exists somewhere between spectacle and narrator, authorial representative and stagehand, factotum and moral conscience.

Chris Jones, Chicago Tribune, 16 May 2022 In early 1929, only a few months after the young Doheny family moved in, Ned and his friend and factotum, Hugh Plunkett, were both shot and killed in a guest bedroom.

Los Angeles Times, 12 Apr. 2022 To woo Rosina, Almaviva hires Figaro, the town’s factotum (a jack-of-all-trades) who is the doctor’s barber and wig stylist.

San Diego Union-Tribune, 18 Apr. 2021 In a nutshell, this figure of speech fits Detroit Tigers reliever Buck Farmer, the factotum of the bullpen.

Edward Kosner, WSJ, 23 Oct. 2020 In camp, Bundini was a factotum who did everything for his charge.

These example sentences are selected automatically from various online news sources to reflect current usage of the word 'factotum.' Views expressed in the examples do not represent the opinion of Merriam-Webster or its editors. Send us feedback.

from the Latin phrase fac tōtum "do all!", from fac (singular imperative of facere "to make, do" + tōtum "the whole, entirety," from neuter of tōtus "all, the whole of") — more at fact, total entry 1

Note: Perhaps originally short for dominus/domine factotum, magister factotum, and parallel expressions that mean approximately "jack-of-all-trades," though evidence for the isolated collocation fac totum is nearly as early. Martin Luther uses fac totum in the non-personal sense "that which does everything" in his commentary on Galatians (1535): "Est igitur fides fac totum (ut ita loquar) in operibus" ("It is faith, as I so speak, that is the do-all in works"). 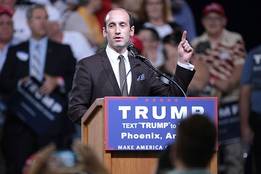 Lookups spike for both after on-air argument

8 Latin Phrases That Mean Something...

More from Merriam-Webster on factotum

Thesaurus: All synonyms and antonyms for factotum