: the fourth note of the major scale in solfège

Mabel Wong, Journal Sentinel, 13 Dec. 2022 Maximum winds near the center of In-fa are forecast to approach 120 mph (195 kph) in the region by Thursday night, when the storm may reach peak intensity. —

Jackson Dill And Shawn Deng, CNN, 20 July 2021 In June, Typhoon In-fa and Typhoon Cempaka brought extreme rain of more than 150mm per hour to China's Henan province, breaking a record in the city of Zhengzhou. —

Kara Fox, CNN, 29 Nov. 2021 And behind In-fa, there is a tropical threat for northern and central parts of Japan, which could potentially impact the Olympic Games by early next week. —

Jackson Dill, CNN, 22 July 2021 The moisture associated with this rain can be connected to both Typhoons Cempaka and In-fa, despite being hundreds of miles from this part of China. —

Jackson Dill And Shawn Deng, CNN, 20 July 2021 And those of you with campers or boats will be thrilled to know that the Typhoon's towing rating is-fa dah!-O pounds. —

Arthur St. Antoine, Car and Driver, 19 May 2020 Disney's new Christmas in July collection has fa-la-la-lots of ornaments, featuring all of your favorite characters from classic Disney hits like Snow White and The Seven Dwarves to a newer Captain Marvel figurine to hang on your tree. —

These example sentences are selected automatically from various online news sources to reflect current usage of the word 'fa.' Views expressed in the examples do not represent the opinion of Merriam-Webster or its editors. Send us feedback.

Middle English, from Medieval Latin, from the syllable sung to this note in a medieval hymn to St. John the Baptist 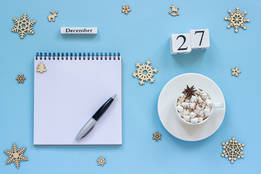 Some of the words that defined the week of December 27, 2019

: the fourth note of the musical scale