: an act or instance of belching

Eructation is simply a fancier, and some might argue a more decorous, word for "belch." "Eructation" was borrowed from Latin in the 15th century; the verb eruct, meaning "to belch," followed in the late 16th century. Both have their source in the Latin verb eructare, which is the frequentative form of erugere, meaning "to belch or disgorge." (A frequentative form is one that denotes a repeated or recurrent action or state.) "Eructare" shares an ancestor with Greek word ereugesthai as well as Old English "rocettan," both of which also mean "to belch."

an enormous eructation that startled everyone within earshot
Recent Examples on the Web That assessment is doubtless linked to CNN’s coverage of the Trump years, which was a flood-the-zone extravaganza that highlighted every baffling suggestion and eructation of the 45th president. —

Erik Wemple, Washington Post, 21 June 2022 Cows account for another 4% of global carbon emissions in the form of methane through what scientists call eructation and flatulence, or what our kids refer to as burping and farting. —

John Phillips, Car and Driver, 24 Mar. 2020 His flacks and surrogates hand out scraps of information grudgingly, infrequently, and beclouded by fragrant eructations of doublespeak. —

These example sentences are selected automatically from various online news sources to reflect current usage of the word 'eructation.' Views expressed in the examples do not represent the opinion of Merriam-Webster or its editors. Send us feedback. 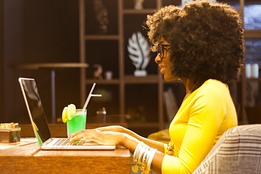 : an act or instance of belching