1
: a machine for converting any of various forms of energy into mechanical force and motion
also : a mechanism or object that serves as an energy source
black holes may be the engines for quasars
2
: a railroad locomotive
3
a
: something used to effect a purpose : agent, instrument
mournful and terrible engine of horror and of crime—

E. A. Poe
b
: something that produces a particular and usually desirable result
engines of economic growth
4
a
: machinery
b
: any of various mechanical appliances —often used in combination
fire engine
c
: a mechanical tool: such as
(1)
: an instrument or machine of war
(2)
obsolete : a torture implement
5
: computer software that performs a fundamental function especially of a larger program
6
obsolete
a
: ingenuity
b
: evil contrivance : wile
engineless adjective

: to equip with engines

Noun The car has a four-cylinder engine. tanks, planes, and other engines of war The tax cut could be an engine of economic growth.
Recent Examples on the Web
Noun
Add to that its good driving dynamics and efficient engine and the Versa is a handsome, frugal, and solidly capable daily commuter vehicle. —

Eric Stafford, Car and Driver, 4 Feb. 2023 Per sources, the Pistons had engine trouble after Monday’s game and then were unable to secure the airplane staffing needed to leave on Tuesday and Wednesday. —

Detroit Free Press, 4 Feb. 2023 Ford remains the third most successful engine manufacturer in Formula One history, but its last championship-winning car was driven by Michael Schumacher almost three decades ago. —

Peter Valdes-dapena, CNN, 3 Feb. 2023 That engine remains the most successful in F1 history, powering teams to 155 victories in just 16 years. —

Tori Latham, Robb Report, 3 Feb. 2023 Next up is Cinebench R23, which tests multi-core and multi-threaded processing with a complex scene rendered in Maxon’s Cinema 4D engine. —

PCMAG, 2 Feb. 2023 The three men were taking part in an overnight fishing trip when their boat began to experience engine troubles and started taking on water, WA Today reported. —

Nicholas Rice, Peoplemag, 2 Feb. 2023
Verb
So much has changed over the past decade or so, from the size and shape of the cars to engine technology and the use of smaller sensors. —

Joel Shapiro, Forbes, 26 Jan. 2023 Is there any benefit to directing the executive who oversees engine procurement to procure electricity as well? —

Marc Levinson, WSJ, 28 July 2022 Vehicle telematics works by simply installing a device with a SIM card that allows remotely acquiring vehicle information like location, speed, tire pressure, and engine idle in real-time, faster and more accurately than ever before. —

Ekim Saribardak, Forbes, 12 Nov. 2021 Every decision during a race, from timing a pit stop and choosing the tires to engine settings and brake balance, is grounded in granular data. —

Luc Hennekens, Forbes, 28 Oct. 2021 From crying babies to engine turbines, the earbuds provided smooth listening and drowned out all distractions. —

Nina Huang, EW.com, 23 Aug. 2021 Boeing and Airbus have often timed all-new aircraft to engine technology that provides a step-change in efficiency, such as the GEnx turbofans that made Boeing’s 787 Dreamliner twin-aisle greener and quieter than its predecessors. —

BostonGlobe.com, 14 June 2021 Changes to the truck, from chassis to body to engine to interior, reflect consumer needs, requests and complaints. —

Tribune News Service, cleveland, 2 Jan. 2021 Changes to the truck, from chassis to body to engine to interior, reflect consumer needs, requests and complaints. —

These example sentences are selected automatically from various online news sources to reflect current usage of the word 'engine.' Views expressed in the examples do not represent the opinion of Merriam-Webster or its editors. Send us feedback.

Middle English engin, from Anglo-French, from Latin ingenium natural disposition, talent, from in- + gignere to beget — more at kin

14th century, in the meaning defined at sense 6a 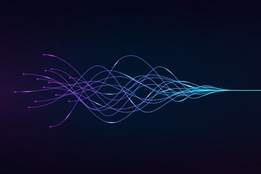 From conceptual to concrete

noun
en·​gine
ˈen-jən
1
: a mechanical device
2
: a machine that changes energy (as heat from burning fuel) into mechanical motion
3
: a railroad locomotive

More from Merriam-Webster on engine