Examples of embassy in a Sentence

These example sentences are selected automatically from various online news sources to reflect current usage of the word 'embassy.' Views expressed in the examples do not represent the opinion of Merriam-Webster or its editors. Send us feedback.

First Known Use of embassy

History and Etymology for embassy

Note: Romance and Medieval Latin forms show frequent fluctuation between initial am- and em- in this family of words; this is conditioned by the replacement of am- by the more transparent verb-forming prefix em-, and perhaps in part also by the homonymy of the two suffixes in medieval French. The form embassy competed in early Modern English with ambassy, but the latter apparently declined by the eighteenth century. Samuel Johnson noted in his dictionary (1755) that "our authors write almost indiscriminately embassador or ambassador, embassage or ambassage; yet there is scarce an example of ambassy, all concurring to write embassy." — The hypothesis that Italian ambasciata represents a loan from Old Occitan rather than a direct borrowing from spoken Latin *ambactiāta or from Germanic is based on phonetic developments in Italian: the cluster -kti̯- regularly results in -cci- (tracciare "to trace, mark out," from *tractiāre) or -zz- (drizzare "to direct," from *dīrectiāre), but not -sci-. — As noted by Ernout and Meillet (Dictionaire étymologique de la langue latine), the word ambactus is not naturalized in Latin ("Mot étranger—non pas mot d'emprunt"). Its use is attributed to the early Roman author Ennius by the grammarian Sextus Pompeius Festus: "apud Ennium lingua gallica seruus appellatur … seruus ambactus, i.e. circumactus dicitur" (in the work of Ennius servus ["slave, servant"] is called [by a word in] Gaulish …servus is ambactus, that is to say, "one who is made to go around"); ambactus is not, however, attested in the extant fragments of Ennius's poetry. More light is thrown on the word by Julius Caesar, who uses the word in describing Gaulish social structure (De bello Gallico, 6.15.2): "… atque eorum ut quisque est genere copiisque amplissimus, ita plurimos circum se ambactos clientesque habet." ("And as each of them [the equites = "knights," as opposed to the druids and the commoners] is distinguished by birth or resources, so he maintains around himself the greater number of ambacti and clients.") Here the word more likely means "follower" or "vassal" than "servant" or "slave," corresponding to its meaning in Germanic ("servant," but also "person fulfilling an official function"). These senses underly the rich development of the word in Romance languages. The Welsh word amaeth "plowman," however, retains what must have been the original meaning of the deverbal derivative, "one who drives (a plowing ox) around."

The first known use of embassy was in 1549 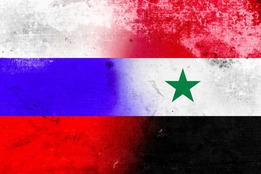 1 : a group of people led by an ambassador who represent their country in a foreign country
2 : the building where an ambassador lives or works

More from Merriam-Webster on embassy

Thesaurus: All synonyms and antonyms for embassy