dī-
plural diversities
1
: the condition of having or being composed of differing elements : variety
especially : the inclusion of people of different races (see race entry 1 sense 1a), cultures, etc. in a group or organization
programs intended to promote diversity in schools
2
: an instance of being composed of differing elements or qualities : an instance of being diverse
a diversity of opinion

Another factor in Burns' rise has been the strength and depth of Xerox's commitment to diversity. One-third of Xerox's 3,819 executives are women and 22% are minorities.

Nanette Byrnes et al., Business Week, 8 June 2009 Jim, a lanky, bearded 35-year-old, knows a lot about heirloom fruits and vegetables. He works with the Southern Seed Legacy in Athens, Georgia, an organization devoted to preserving the seeds of heirloom plants in order to restore some of the genetic diversity that industrial agriculture has eroded over the years.

Gary Paul Nabhan, Saveur, October 2009 Even more eccentric is the treatment of the British Empire. Stretching over three centuries and six continents, you might have expected that its extent, duration, and diversity would have made it immune to facile interpretation.

David Gilmour, New York Review, 2 Nov. 2006 The media flood the nation's editorial markets with testimonies to the piebald character of the American democracy jumbled together from a wonderful diversity of colors, creeds, and cultural dispensations, which is a swell story, but in the United States Senate not one visible to the naked eye.

Lewis H. Lapham, Harper's, March 2005 The handsome creatures have hooked the interest of evolutionists and ecologists because of their dazzling diversity of shapes, behaviors, and feeding habits, which include nibbling the fins and scales of other fish.

Science, 26 Nov. 2004 The island has more diversity in plant life than other islands nearby. The city is known for its cultural diversity. The school aims for diversity in its student population. See More
Recent Examples on the Web Huckaby ran on a platform of improving local parks, supporting diversity and revitalizing the city’s downtown.

oregonlive, 17 Nov. 2022 Manning said Harvard Law, which is ranked No. 4, has raised concerns to the magazine about methodology that work against law schools’ efforts to enhance socioeconomic diversity and support students from lower-income households.

Danielle Douglas-gabriel, Anchorage Daily News, 17 Nov. 2022 But co-writer Peele’s influence is felt throughout the film, starting with the ethnic diversity baked into it.

Michael Ordoña, Los Angeles Times, 16 Nov. 2022 Corsbie-Massay added that having more diversity in holiday celebrations and in pop culture in general has a positive effect for all backgrounds.

Ivan Pereira, ABC News, 16 Nov. 2022 The show was certainly skeptical about the hashtaggiest version of Black Excellence, and had parodic fun with diversity as an empty corporate strategy.

Darren Franich, EW.com, 14 Nov. 2022 During his tenure at Hallmark, which was marked by tremendous growth, the channel drew criticism that its programming was slow to embrace diversity.

WSJ, 14 Nov. 2022 Not only does Curran want to see an increase in LGBTQIA+ representation on screen, but also diversity in the way people from the community are portrayed.

Alicia Vrajlal, refinery29.com, 14 Nov. 2022 Simon said the Bureau of Forestry works to achieve systematic diversity in planting by alternating groups of different types of trees down a street.

These example sentences are selected automatically from various online news sources to reflect current usage of the word 'diversity.' Views expressed in the examples do not represent the opinion of Merriam-Webster or its editors. Send us feedback. 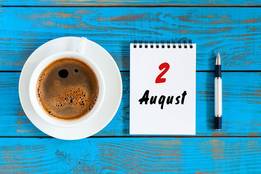 Some of the words that defined the week of August 2, 2019

dī-
plural diversities
1
: the condition of being different
2
: an instance or a point of difference

More from Merriam-Webster on diversity