1
a
: to break apart : rupture
three periods of faulting disrupted the rocks

University of Arizona Record
b
: to throw into disorder
demonstrators trying to disrupt the meeting
2
a
: to interrupt the normal course or unity of
… disrupted a bridge game by permanently hiding up the ace of spades …

Scott Fitzgerald
b
business : to cause upheaval in (an industry, market, etc.)
The banking industry, on the other hand, is being disrupted by a breakdown of the model of paying money on deposits and taking interest on loans.

Cromwell Schubarth
specifically : to successfully challenge (established businesses, products, or services) by using an innovation (such as a new technology or business model) to gain a foothold in a marginal or new segment of the market and then fundamentally changing the nature of the market
In contrast, the digital technologies that allowed personal computers to disrupt minicomputers improved much more quickly; Compaq was able to increase revenue more than tenfold and reach parity with the industry leader, DEC, in only 12 years.

Clayton M. Christensen et al.
… this innovative service that might disrupt the industry comes at the low end of the product/service/technology, a place where these high-end consumers have neither interest nor experience. This low-end attack, which initially does not attract much attention, might grow to be a high quality service that supplants the incumbent.

The barking dogs disrupted my sleep. The weather disrupted our travel plans. a chemical that disrupts cell function
Recent Examples on the Web That would be an unfortunate return to the status quo that content-rich curricula like Wit & Wisdom are trying to disrupt.

Natalie Wexler, Forbes, 11 Aug. 2022 But Santa apparently has to start working now in order to make sure that Christmas runs on schedule, what with the Grinch trying to disrupt things and all.

Linda Gandee, cleveland, 8 Aug. 2022 If so, such exercises could become a tool to intermittently disrupt Taiwan’s economy and its ties with the world in an attempt to erode popular support for the government and resistance to Beijing, the analysts said.

Lautaro Grinspan, ajc, 3 Aug. 2022 Camp Hope offers an opportunity to disrupt that cycle of intergenerational trauma by introducing children to healthy coping mechanisms, with the goal of nipping adverse behaviors in the bud.

Anastasia Hufham, The Salt Lake Tribune, 25 July 2022 And there had even been talk of marching into the House chamber himself to disrupt Congress from ratifying his election defeat.

BostonGlobe.com, 3 July 2022 The aliens need something weighty to disrupt with their gelatinous selves.

These example sentences are selected automatically from various online news sources to reflect current usage of the word 'disrupt.' Views expressed in the examples do not represent the opinion of Merriam-Webster or its editors. Send us feedback. 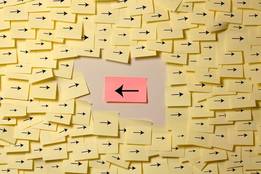 On the Disruption of 'Disrupt'

disrupted; disrupting
1
: to cause disorder in
disrupted the class
2
: to interrupt the normal course of
Barking dogs disrupted my sleep.

More from Merriam-Webster on disrupt