variants or less commonly tsar or tzar
Synonyms of czar

1
: emperor
specifically : the ruler of Russia until the 1917 revolution
2
: one having great power or authority
a banking czar
czardom noun
or less commonly tsardom or tzardom
ˈzär-dəm

a showbiz czar who is said to be able to make or break a career
Recent Examples on the Web An attorney with decades of military experience is taking over as the state’s new pot czar at a time when the state’s medical-marijuana industry is poised to double in size. —

Ryan Dailey, Orlando Sentinel, 18 Nov. 2022 As Dallas’ new workforce czar, McBee will be tasked with creating a plan that fosters more job training and education programs as well as opportunities for more residents to access them. —

Eric Johnson, Dallas News, 11 Jan. 2022 Monday’s rules were released about a month after the Department of Health hired Christopher Kimball to serve as the state’s new pot czar. —

The Salt Lake Tribune, 10 Dec. 2022 And then the czar stuff, is that at every point Putin has tried to legitimize himself. —

CBS News, 7 Dec. 2022 The timing of his arrival is notable, coming just a week after Disney’s now-infamous Sunday night Changing of the Bobs and his subsequent firing of Bob Chapek’s longtime deputy and distribution czar Kareem Daniel. —

These example sentences are selected automatically from various online news sources to reflect current usage of the word 'czar.' Views expressed in the examples do not represent the opinion of Merriam-Webster or its editors. Send us feedback. 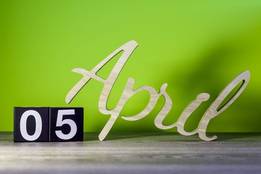 noun
variants also tsar or tzar
ˈzär
1
: the ruler of Russia until the 1917 revolution
2
: one having great power or authority
a baseball czar
czardom noun
also tsardom or tzardom
ˈzärd-əm

More from Merriam-Webster on czar