1
: a four-wheeled closed horse-drawn carriage for two persons inside with an outside seat for the driver in front
2
usually coupe : a 2-door automobile often seating only two persons
also : one with a tight-spaced rear seat compare sedan

variants or coupe glass
: a drinking glass that has a moderately thick stem and shallow bowl and that is used for cocktails or champagne
More and more bars … have begun organizing their menu by glass type. Usually that means a section for Collins glasses (tall, skinny, and filled with ice); one for rocks glasses; and one for things served … in coupes or martini glasses.—

Marian Bull
The cocktails are served in ornate silver coupes …—

Joshua David Stein
Combine all ingredients except garnishes in a cocktail shaker with ice. Shake vigorously and strain into a chilled coupe glass.—

Recent Examples on the Web
Noun
This is essentially the same engine powering Ford’s high-performance Shelby GT500 coupe, though slightly detuned from that model’s 760 hp. —

Karl Brauer, Robb Report, 6 Jan. 2023 The 911 Dakar is essentially a Carrera 4 GTS coupe modified for rally duty, and as such is equipped with a 473-hp twin-turbo flat-six and all-wheel drive. —

Morgan Hines, USA TODAY, 8 Oct. 2022 As for craft cocktails that interpret local ingredients and culture in a coupe glass, make sure to drop by Fahri Konsolos, touted as the city’s best cocktail bar. —

Feride Yalav-heckeroth, Condé Nast Traveler, 22 June 2022 The next shot shows the rapper posing in front of a jacuzzi in the same suit, looking back at the camera and holding what appears to be a coupe glass up in the air. —

Rosemary Donahue, Allure, 20 June 2022 Thanks to standard rear-wheel steering, the exotic coupe isn't too hard to maneuver in tight spots. —

These example sentences are selected automatically from various online news sources to reflect current usage of the word 'coupé.' Views expressed in the examples do not represent the opinion of Merriam-Webster or its editors. Send us feedback.

French coupé, from past participle of couper to cut, strike 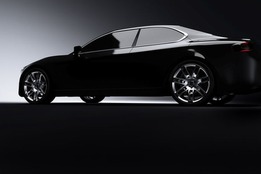 More from Merriam-Webster on coupé

Thesaurus: All synonyms and antonyms for coupé