chiefly British
: a weighted weapon similar to a blackjack

chiefly British
: to strike or assault with or as if with a cosh

Verb He was coshed on the head.
Recent Examples on the Web
Noun
Although Napoli spent most of the first half and chunks of the second half under the cosh, Mertens was constantly causing trouble for the Salzburg defenders up the other end. —

SI.com, 23 Oct. 2019 Estranged allies of the BJP have come under the cosh, too, including two prominent figures in Hindu nationalist politics in the state of Maharashtra. —

The Economist, 29 Aug. 2019 As a manager, a man who handles himself very well in press conferences, even when under the cosh. —

SI.com, 11 July 2019 After weathering an early barrage from Spurs, United grew into the game and their younger stars stood up to the challenge and had their opponents under the cosh for good spells of the first half and deservedly led at after 45 minutes. —

SI.com, 25 July 2019 The Yellow Submarine were truly under the cosh and would've been thankful to go in all square at the interval. —

SI.com, 13 Jan. 2018 One position the Eagles are reportedly keen on strengthening is in goal, with current number one Wayne Hennessey being viewed as too unreliable, leaving Palace considerably vulnerable when under the cosh. —

SI.com, 29 May 2018 Woods, who won the last of his 14 majors 10 years ago, was under the cosh from the start, amassing a triple-bogey seven at the first and adding a bogey at the second. —

Rob Hodgetts, CNN, 15 June 2018 Madrid were under to cosh, and struggling to keep pace with Jurgen Klopp's electrifying Reds. —

These example sentences are selected automatically from various online news sources to reflect current usage of the word 'cosh.' Views expressed in the examples do not represent the opinion of Merriam-Webster or its editors. Send us feedback.

1869, in the meaning defined above 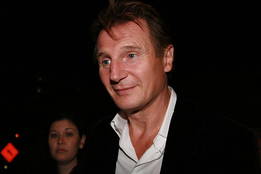 Trending: Neeson Carried a 'Cosh' in...