: to give a commentary on

: to comment in a usually expository or interpretive manner
also : to act as a commentator

He will be commentating on tomorrow night's game.
Recent Examples on the Web Donohue said there will be no restrictions on which topics Smith can commentate or report.

Chris Bumbaca, USA TODAY, 9 Aug. 2022 The introduction of a jury system and the opening of courts to the public turned criminal trials into a new kind of theater, and newspapers—suddenly abundant—were keen to commentate on the show.

Jennifer Wilson, The New Republic, 28 Dec. 2021 Those who wanted to hear the president commentate over pay-per-view were instructed to switch on a secondary audio feed.

Candace Taylor, WSJ, 17 Aug. 2021 According to Hume, commissioning a caricature can be like inviting a third party to commentate on how your date is going.

Serena Puang, The Indianapolis Star, 6 Aug. 2021 Former Manchester United defender Gary Neville, who was inside Old Trafford preparing to commentate on the game for Sky Sports, called on the Glazers to put the club up for sale.

These example sentences are selected automatically from various online news sources to reflect current usage of the word 'commentate.' Views expressed in the examples do not represent the opinion of Merriam-Webster or its editors. Send us feedback.

1794, in the meaning defined at transitive sense 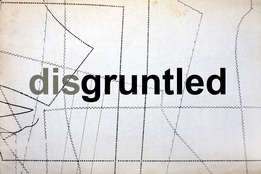 The entertaining history and usage of back-formations

: to give a commentary on : to act as a commentator

More from Merriam-Webster on commentate

Thesaurus: All synonyms and antonyms for commentate