1 : a small car used in a circus act during which an implausibly large number of clowns emerge from the car for humorous effect A Toyota Corolla, which had screeched to a halt in front of the church just moments before, looked like a clown car as a surprising number of people piled out …— Kimberly Stevens, The New York Times, 1 Aug. 1999 —often used figuratively in reference to a thing or situation that seems surprisingly overcrowded or too full The project's cast of managers looked like an interagency clown car.— Marc Fisher and Bill Turque, The Washington Post, 21 May 2013This movie is quickly becoming a clown car of comic book characters.— Tony Hicks, The Contra Costa (California) Times, 20 Dec. 2013
2 informal + disparaging : a small car But in the 1980's the Japanese models grew from cute little clown cars to solid, quiet, and most importantly, dependable beasts of burden.— Robert Harless, Horsepower War, 2004 … the fear that anyone advocating real action will be accused of wanting to reduce living standards and forcing Americans to drive teeny-tiny clown cars.— Bill McKibben, American Prospect, October 2005

First Known Use of clown car

The first known use of clown car was in 1918 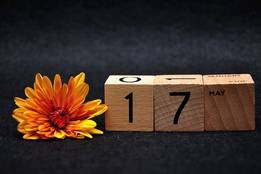