Her husband's such a clod. despite his imposing size, he's no simple clod
Recent Examples on the Web Ask for shoulder clod, prime rib, sausage ... but not a fork—Smitty's upholds meat-market tradition. —

Robin Soslow, Chron, 14 Jan. 2023 Or secondarily a clump of vegetation, which sounds more like a clod to me. —

John Archibald | Jarchibald@al.com, al, 14 Oct. 2022 That elusive will-o'-the-wisp season, lauded by poets in countless lyrics and appreciated by the dullest clod, will be ushered in officially at 12:45 o’clock this afternoon. —

San Diego Union-Tribune, 21 Mar. 2022 This strongly supported the hypothesis (proposed nearly fifteen years ago) that ball lightning is basically a dirt clod dislodged and heated to incandescence by a cloud-to-ground lightning strike. —

Jennifer Ouellette, Ars Technica, 5 Feb. 2022 The third movement dripped with sardonic pathos, with its several disparate melodies on a collision course toward a series of timpani thuds that sounded as final as a clod of dirt falling into the grave. —

BostonGlobe.com, 20 Nov. 2021 My daughter right now is really into dirt clods and rocks, too. —

Bryn Elise Sandberg, The Hollywood Reporter, 17 Apr. 2020 Maintain Dig in blood and bone meal along with compost once the soil dries out a little (to prevent clods); wait for weed sprouts to follow, then hoe them in. —

These example sentences are selected automatically from various online news sources to reflect current usage of the word 'clod.' Views expressed in the examples do not represent the opinion of Merriam-Webster or its editors. Send us feedback. 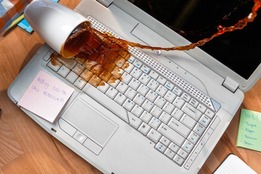 Just watch your step on the way in.

1
: a lump or mass especially of earth or clay
2
: a person who is dull or not sensitive : oaf
cloddish
ˈkläd-ish

More from Merriam-Webster on clod