: to raise trivial and frivolous objection
The author caviled about the design of the book's cover.

: to raise trivial objections to
He caviled the conditions of the agreement.
cavil noun
caviler noun
or caviller
ˈka-və-lər

You must be joking! That's just one of the things you might be tempted to exclaim if you found yourself quarreling with a caviler—and you'd be right, etymologically speaking at least. Cavil derives from the Latin verb cavillari, meaning "to jest" or "to raise silly objections," which in turn derives from the Latin noun cavilla, meaning "raillery." In case you're wondering, "cavil" is not related to the adjective "cavalier" ("marked by or given to offhand and often disdainful dismissal of important matters"). "Cavalier," which is also a noun for a gentleman trained in arms and horsemanship, traces back via Middle French to the Late Latin caballarius, meaning "horseman."

I don't intend to cavil or compromise. A customer caviled about the price.
Recent Examples on the Web However, the actual interiors of this four-bedroom home are nothing to cavil at. —

These example sentences are selected automatically from various online news sources to reflect current usage of the word 'cavil.' Views expressed in the examples do not represent the opinion of Merriam-Webster or its editors. Send us feedback.

1542, in the meaning defined at intransitive sense 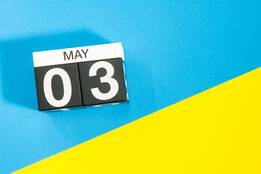 : to make objections of little worth or importance : quibble
cavil noun
caviler noun
or caviller
-(ə-)lər