: between
betwixt the eyes

"Jack Sprat could eat no fat, his wife could eat no lean; and so betwixt the two of them, they licked the platter clean." Perhaps you've always said "and so between the two of them" when reciting the tale of Jack Sprat and his wife. That's fine. Betwixt and between have similar origins: they both come from a combination of be- and related Old English roots. Both words appeared before the 12th century, but use of betwixt dropped off considerably toward the end of the 1600s. It survived in the phrase "betwixt and between" ("neither one thing nor the other"), which took on a life of its own in the 18th century. Nowadays, betwixt is uncommon, but it isn't archaic; it's simply used more consciously than between.

Middle English, from Old English betwux, from be- + -twux (akin to Goth tweihnai two each) — more at between 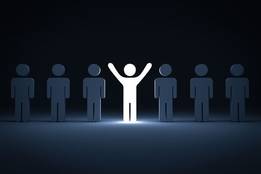 between you and me

More from Merriam-Webster on betwixt

Thesaurus: All synonyms and antonyms for betwixt