Peter Weber
After the war, Antifas varied in size and composition across the former Reich, now divided into four zones of occupation, and developed in interaction with the local occupying power.—

Loren Balhorn
2
: an anti-fascist movement
Antifa is the backlash to the backlash, a defensive response to the growing presence of right-wing extremism.—

borrowed from German Antifa, short for antifaschistisch "anti-fascist," in Antifaschistische Aktion (multiparty front initiated by the German Communist Party in 1932 to counter Nazism) and in other collocations

The Dictionary Just Got a Whole Lot... 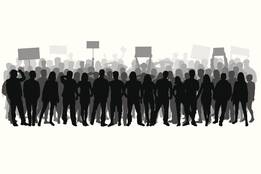 What it means, where it comes from, and how to say it