: the act, action, or an instance of moving about or walking There is no better way to experience a sense of place than taking a walk. Sam Miller took a grand one, a great spiraling ambulation starting at the heart of Delhi … and working its way to the outer precincts.— Peter Lewis —used chiefly in medical contexts In 1938, early ambulation after surgery was still considered a threat to the recently sutured wound.— Richard Warren… proper mobility strategies after a fall may minimize complications. Although resumption of upright stance for ambulation is optimal, even crawling or change of positions on the ground is usually preferable to lying stationary …— Edison H. Wong… many polio survivors have had to start using ambulation aids, change from crutches to wheelchairs, or exchange manual chairs for motorized chairs.— Grace R. Young

First Known Use of ambulation

1574, in the meaning defined above

History and Etymology for ambulation

The first known use of ambulation was in 1574 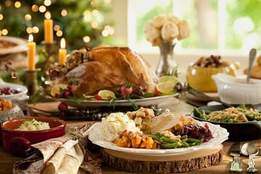 Just to get the blood flowing