: a mobile ICBM having up to 10 independently targeted nuclear warheads

—used as a gender-neutral title of courtesy The word "Mx" was first suggested in the late-1970s as a feminist word for those who didn't want their gender to be revealed in their title, and there are many men and women who use Mx for similar reasons today. However, the title has also become popular among those who identify as non-binary—though there are no official figures, non-binary people make up around 0.4% of the population, according to a Equality and Human Rights Commission survey of 10,000 people in the UK.— Olivia GoldhillThe honorific has already made headway in Britain. About a year ago, the Royal Bank of Scotland, for instance, began to instruct its employees to offer customers the option of selecting Mx. when filling out paperwork at local branch offices.— Katherine Rosman

First Known Use of MX

History and Etymology for MX 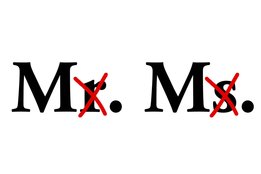