1a : racial segregation and discrimination enforced by laws, customs, and practices in especially the southern states of the U.S. from the end of Reconstruction in 1877 until the mid-20th century The percentage of blacks living in the South fell from 89 percent in 1910 to 53 percent in 1970 as millions migrated to the Northeast and Midwest to escape Jim Crow and acquire a better standard of life.— Manning Marable —often used before another noun the Jim Crow eraJim Crow statesJim Crow segregation

b : the laws requiring racial segregation that were enacted under Jim Crow The explicit sanctioning of segregation by Jim Crow meant that black public schools lacked of resources and public funding—shortcomings that limited the skill sets and education levels of young, black men during this period, which in turn limited their job opportunities.— Gillian B. White It took the Civil War, the Fourteenth Amendment, and the repeal of Jim Crow for the most egalitarian society on earth even to begin to narrow the gulf between principle and practice.— Michael Ignatieff All the women … who marched or canvassed during the civil rights movement helped bring about the 1964 Civil Rights Act and the 1965 Voting Rights Act, which ended Jim Crow and enfranchised Southern blacks.— Viv Sanders — often used before another noun Jim Crow lawsIn 1926, while traveling by train from Wilmington, N.C., to Richmond, Va., the Jamaican-American writer J. A. Rogers was forced to ride in the wooden Jim Crow car [=segregated car required by Jim Crow laws], which was typically placed toward the front, behind the engine and ahead of the steel cars reserved for white passengers.— Jennifer Szala
2a : racist systems or beliefs Although such segregation has been banned since the late 1960s by federal, state and local public accommodations laws, civil rights activists say Jim Crow still exists here, largely unnoticed and unchallenged.— Garry Boulard

b : racism personified : racist systems or beliefs imagined as a person But [Congressman George H.] White understood that, in fact, Jim Crow was determined to maintain the power structure of the plantation economy by any means necessary.— William J. Barber II and Jonathan Wilson-Hartgrove But in 1883 the Supreme Court had cast aside the law, saying that not even the equal protection clause of the 14th amendment gave the Congress the power to outlaw racial discrimination among private individuals. That is one of the openings via which Jim Crow dug in after the end of slavery. — The New York Sun
3 plural Jim Crows, dated, disparaging + offensive : a Black person

Definition of Jim Crow (Entry 2 of 2)

: to restrict the liberty of (someone) through Jim Crow — usually used in passive constructions I also like it because we've got subways and it does not take all day to get downtown, neither are you Jim Crowed on the way.— Langston Hughes[Frederick] Douglass was Jim Crowed on railroads, on steamboats and in hotels more times than he could count, but loved the Declaration of Independence, the natural-rights tradition and especially the reinvented Constitution—the one rewritten in Washington during Reconstruction, not the one created in Philadelphia in 1789.— David W. Blight

First Known Use of Jim Crow

History and Etymology for Jim Crow 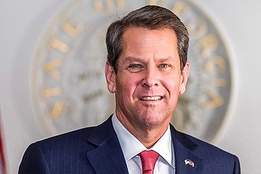 More from Merriam-Webster on Jim Crow

Thesaurus: All synonyms and antonyms for Jim Crow