-ˌkwä(z)
1
plural : an American Indian confederacy originally of New York consisting of the Cayuga, Mohawk, Oneida, Onondaga, and Seneca and later including the Tuscarora
2
: a member of any of the Iroquois peoples 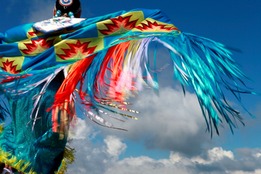 : a member of any of the peoples of an American Indian confederacy that existed originally in central New York state