\ island in western Europe in the Atlantic, one of the British Isles area 32,052 square miles (83,015 square kilometers)

Note: The island of Ireland is divided between the republic of Ireland and Northern Ireland.

\ or Irish Éire or Republic of Ireland country occupying the major portion of the island of Ireland; has been a republic since 1949; was a division of the United Kingdom of Great Britain and Ireland 1801–1921 and (as the Irish Free State) a dominion of the Commonwealth of Nations 1922–37; capital Dublin area 27,133 square miles (70,273 square kilometers), population 5,068,000 —The people of Ireland are collectively referred to as the Irish. Irishmen and Irishwomen are also commonly used, especially when gender is being specified. Infrequently used are the terms Irelanders and Irishers. 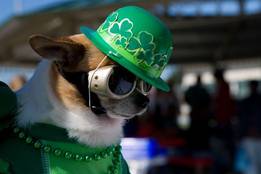 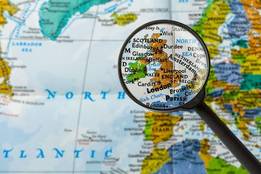 What's the Difference Between Britain,...

What's the Difference Between Britain, Great Britain, and the UK?

More from Merriam-Webster on Ireland