1 : a pleasant tingling sensation that originates on the back of the scalp and often spreads to the neck and upper spine, that occurs in some people in response to a stimulus (such as a particular kind of sound or movement), and that tends to have a calming effect It might sound like a bafflingly bizarre way to spend time on the internet. But for Maria's viewers, her voice and movements hold a certain magic: they can instill tranquillity, overcome insomnia—and induce a mysterious physical sensation known as … ASMR, wherein the body is flooded with waves of euphoric tingles.— Caitlin Gibson A survey found that the most common triggers for ASMR are whispering, personal attention, crisp sounds, slow movements, repetitive movements, and smiling.— Cory Stieg Although ASMR is not scientifically proven as yet and is largely an internet-driven phenomenon, it's garnered quite a following …— Samantha Shanley

2 : something (such as someone whispering or brushing their hair) that triggers such a sensation And since quarantine started, I've watched ASMR before bed almost every single night to fall asleep.— Elana Morris —often used before another noun ASMR videos

First Known Use of ASMR 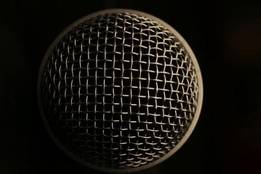 A few (soft) words about it