1 informal
a : to refuse to serve (a customer) "Beer here, barkeep," he said. "You're eighty-sixed," Lucy said. "Cut off. No more for you."— Mary Karr
b : to eject or ban (a customer) The club's bouncers eighty-sixed her. I nodded at the corner bar beside us. He said, "I can't go in there." "Why?" "I'm eighty-sixed."— Andre Dubus broadly : to eject, dismiss, or remove (someone) He was eighty-sixed from Twitter following outrage from other users … — Jason Wilson The prof and his lovely wife … are ghosts, having recently been eighty-sixed from this world when their car was hit by a falling rock. — John Stark But [Jim] Boylen is yesterday's news now, kicked to the curb, eighty-sixed by the Bulls on Friday … — Steve Greenberg
2 informal
a : to remove (an item) from a menu : to no longer offer (an item) to customers Many small restaurants or bars may run into issues with their inventory. When there are not enough ingredients left to make a popular dish or drink, they'll have to 86 it. This prevents customers from ordering it and then getting upset.— Joshua Weatherwax
b : to reject, discontinue, or get rid of (something) Democratic leaders also eighty-sixed a similar amendment introduced in the House version of the bill …— Dell Cameron Sadly, … the heartless bottom-liners on the food committee eighty-sixed the black raspberry [ice cream] for good.— Greg Kesich So after attempting a Zoom interview that had them sounding as garbled as the off-camera adults in a "Peanuts" special, we eighty-sixed the audio on our computers and talked on the phone …— Brian O'Neill
Synonyms Did you know? Learn More About eighty-six

If you work in a restaurant or bar, you might eighty-six (or "eliminate") a menu item when you run out of it, or you might eighty-six (or "cut off") a customer who should no longer be served. Eighty-six is still used in this specific context, but it has also entered the general language. These days, you don't have to be a worker in a restaurant or bar to eighty-six something—you just have to be someone with something to get rid of or discard. There are many popular but unsubstantiated theories about the origin of eighty-six. The explanation judged most probable by Merriam-Webster etymologists is that the word was created as a rhyming slang word for nix, which means "to veto" or "to reject."

First Known Use of eighty-six

History and Etymology for eighty-six

The first known use of eighty-six was in 1948

Listen to Our Podcast About eighty-six 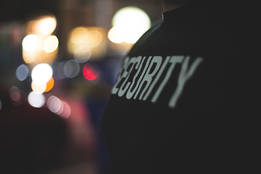 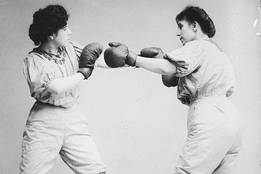