1
: most corrupt, bad, evil, or ill
his worst fault
2
a
: most unfavorable, difficult, unpleasant, or painful
the worst news
your worst enemy
b
: most unsuitable, faulty, unattractive, or ill-conceived
has the worst table manners
c
: least skillful or efficient
the worst person for the job
3
: most wanting in quality, value, or condition
the worst results

1
: to the extreme degree of badness or inferiority
the worst dressed person
2
: to the greatest or highest degree
groups who need the subsidies worst lose out T. W. Arnold

plural worst
: one that is worst

: to get the better of : defeat
Phrases
the worst way
: very much
such men … need indoctrination the worst way J. G. Cozzens
—often used with in
wanted a new bicycle in the worst way
at worst
: under the worst circumstances

These example sentences are selected automatically from various online news sources to reflect current usage of the word 'worst.' Views expressed in the examples do not represent the opinion of Merriam-Webster or its editors. Send us feedback.

1636, in the meaning defined above 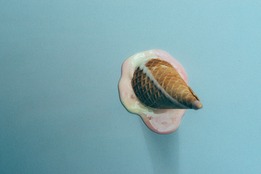 Better Ways to Say "This Sucks"

Your day is the worst. Your vocabulary is the best.

worship the ground someone walks on

1
: most bad, evil, or ill
his worst habit
2
a
: most unfavorable, unpleasant, or painful
the worst problem imaginable
b
: most unsuitable, faulty, unattractive, or ill-conceived
has the worst manners
c
: least skillful or efficient
the worst plumber you can hire
3
: most wanting in quality, value, or condition
farmed the worst land
the worst way
: very much
wanted a new bicycle in the worst way

1
: one that is worst
always chooses the worst
2
: the greatest degree of ill or badness
if worse comes to worst

: to get the better of : defeat
worsted his opponents

More from Merriam-Webster on worst