Sick and Tired: The Literal and Figurative Meanings of Lassitude

Lassitude and weariness make an interesting pair. As with many nearly synonymous pairs of words in English, one is derived from Latin and the other from Old English. Even though they both mean “the condition of being tired,” they are used in different ways. Following a common pattern, the Latinate word tends to be used in technical, medical, and formal writing, and the Old English-derived word is used when referring to physical, emotional, and spiritual qualities.

Lassitude comes from the Latin word lassus, meaning “weary.” Our English spelling comes from the French word that developed directly from Latin, borrowed in the 15th century. In French, the word las (masculine) or lasse (feminine) means “weary” or “tired,” and the idiom être las de means “to be sick and tired of.” This led to another English word with the same root: alas, a word that expresses sadness or disappointment, but conveys some measure of fatigue and resignation as well.

Though it sometimes is just a fancy word for fatigue in medical contexts, lassitude is also used in ways that are metaphorical and closer in meaning to “negligence”:

Congress was being choked by pettiness and lassitude.

The case was delayed because of sheer lassitude.

The failure was the result of moral lassitude.

tire implies a draining of one's strength or patience.

the long ride tired us out

weary stresses tiring until one is unable to endure more of the same thing.

wearied of the constant arguing

fatigued by the day's chores

jade suggests the loss of all freshness and eagerness.

Adjective I would remember the potential for return, all things circling as they do, into something like fullness, small moments of completion that weave together, like Penelope's cloth, doing and undoing themselves by turns, an unfinished pattern that guides a weary traveler home … Paul Sorrell, Parabola, May 2000 But for the wilted weeds that managed to jut forth in wiry clumps where the mortar was cracked and washed away, the viaduct wall was barren of everything except the affirmation of a weary industrial city's prolonged and triumphant struggle to monumentalize its ugliness. Philip Roth, American Pastoral, 1997 Every day for a week Ellsworth showed up to see Clarence and every day Miss Eunice and Mr. George Edward would exchange weary glances and shrugs … Randall Kenan, Let the Dead Bury Their Dead, 1992 I need to rest my weary eyes. The miners were weary after a long shift. She was weary from years of housework. Verb What wearies me about Dickens, however, is his excessive use of words. Will Manley, Booklist, 1 Nov. 2006 I doubted what Indonesia now had to offer and wearied of being new all over again. Barack Obama, Dreams from My Father, (1995) 2004 Does it weary me to find some women of the next generation reinventing the wheel when it comes to planning their lives and dreaming of their romantic futures? Margo Jefferson, New York Times Book Review, 15 Apr. 2001 The work wearies me sometimes. these constant complaints are really wearying me See More
Recent Examples on the Web
Adjective
And McCarthy has also supported a decision by his caucus, weary of Covid-19 protocols, to adopt rules that would reopen the House to tours and push back on guidance about wearing masks. Philip Elliott, Time, 22 Nov. 2022 Many locals, though, are somewhat weary of their plucky image. Los Angeles Times, 15 Nov. 2022 But as the pandemic nears the three-year mark, the public seems deeply weary of COVID vaccinations. Sharon Lafraniere, BostonGlobe.com, 4 Nov. 2022 The move comes as Wall Street grows weary of expansion at any cost in the streaming space. Caitlin Huston, The Hollywood Reporter, 18 Oct. 2022 Shoppers remain both weary of supply chain delays and are more eager than ever to cut down on holiday spending due to inflation, so brands and retailers are responding by offering more, and bigger, sales and deals. Heath Owens, Good Housekeeping, 6 Oct. 2022 In committing to withdraw troops from Afghanistan, Mr. Biden and Mr. Trump were responding to the will of most Americans, who had grown weary of two decades of war. New York Times, 24 July 2022 Still, Smith pressed on with his plans, too weary of the stress and uncertainty of his job. Jaimie Ding, Los Angeles Times, 29 Sep. 2022 The light pop sound was the perfect way to transition in the crowd, undoubtedly weary from the previous night’s festivities, which had crowds exiting after 1 a.m. Alexander 23 made a big sound that far surpassed what’s expected of a trio. Melinda Sheckells, Billboard, 18 Sep. 2022
Verb
Yet the movie’s rare skirmishes feel authentically battle-wearied and handicapped by conscience. Jeannette Catsoulis, New York Times, 23 Apr. 2020 How would 6% be for a start Several pages of this is charming; forty years’ worth would have been wearying. Sheila Heti, The New Yorker, 30 Mar. 2020 Unique pressures If the occasional flight is wearying, imagine the exhaustion of doing it for a living. Natasha Frost, Quartz, 27 Feb. 2020 Freedom from responsibility, after all, is the fantasy of a world-wearied adult, not of a teenager, who longs for nothing more than to be trusted to make decisions for herself. Ruth Franklin, The New York Review of Books, 25 Feb. 2020 While an understandable choice, the approach becomes wearying: A few more notes of sincerity would have better served the play. Celia Wren, Washington Post, 11 Nov. 2019 Following that important thread through the next two hours was wearying, particularly once it was subsumed under questions about bathrooms. Melissa Gira Grant, The New Republic, 13 Jan. 2020 Others face eviction threats from landlords who have wearied of the police showing up. Anne Deprince, The Conversation, 1 Nov. 2019 Chekhov, whose plays hardly seem to coerce life at all, boldly broke ranks with this wearying regimentation. The New York Review of Books, 23 May 2019 See More

These example sentences are selected automatically from various online news sources to reflect current usage of the word 'weary.' Views expressed in the examples do not represent the opinion of Merriam-Webster or its editors. Send us feedback.

before the 12th century, in the meaning defined at intransitive sense 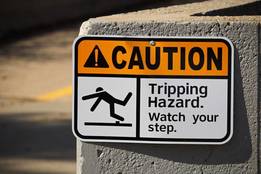 'Weary' and 'Wary': Use With Caution

Beware of the difference. 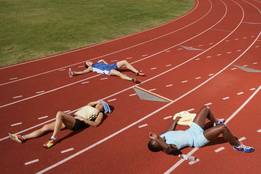 A relatively new word for an ancient feeling

More from Merriam-Webster on weary