ˈwēk
Synonyms of weak
1
: lacking strength: such as
a
: deficient in physical vigor : feeble, debilitated
b
: not able to sustain or exert much weight, pressure, or strain
c
: not able to resist external force or withstand attack
d
: easily upset or nauseated
a weak stomach
2
a
: mentally or intellectually deficient
b
: not firmly decided : vacillating
c
: resulting from or indicating lack of judgment or discernment
d
: not able to withstand temptation or persuasion
the spirit is willing but the flesh is weak
3
: not factually grounded or logically presented
a weak argument
4
a
: not able to function properly
weak eyes
b(1)
: lacking skill or proficiency
tutoring for weaker students
(2)
: indicative of a lack of skill or aptitude
history was my weakest subject
c
: wanting in vigor of expression or effect
a weak translation of the poem
5
a
: deficient in the usual or required ingredients : dilute
weak coffee
b
: lacking normal intensity or potency
a weak radio signal
a weak strain of virus
6
a
: not having or exerting authority or political power
weak government
b
: ineffective, impotent
7
a
: of, relating to, or constituting a verb or verb conjugation that in English forms the past tense and past participle by adding the suffix -ed or -d or -t
b
of a noun or adjective declension in Germanic languages : retaining a lesser number of distinctions in case, number and gender
8
a
: bearing the minimal degree of stress occurring in the language
a weak syllable
b
: having little or no stress and obscured vowel sound
'd in he'd is the weak form of would
9
: tending toward a lower price or value
a weak market
a weak dollar
10
: ionizing only slightly in solution
weak acids and bases
weakly adverb

weak applies to deficiency or inferiority in strength or power of any sort.

felt weak after the surgery

a feeble attempt to walk

frail implies delicacy and slightness of constitution or structure.

a reclusive poet too fragile for the rigors of this world

infirm suggests instability, unsoundness, and insecurity due to old age or crippling illness.

decrepit implies being worn-out or broken-down from long use or old age.

He has a weak throwing arm. The illness left her too weak to stand up. The child was born with weak lungs. The batter hit a weak ground ball. She uttered her reply in a weak voice. The door's hinge is weak. See More
Recent Examples on the Web Editing in the lady bits of the Post is weak and asks little of readers and writers. —Brittany Long Olsen, Washington Post, 29 Jan. 2023 Office leasing is also weak: Space rentals declined again last quarter to bring the overall total of unleased space in Los Angeles County to nearly 20%, well above the 12% rate before the pandemic. —Roger Vincentstaff Writer, Los Angeles Times, 29 Jan. 2023 Demand for replacement tires was weak, according to the company, led by a 12% decline in Goodyear’s international markets. —Sean Mcdonnell, cleveland, 27 Jan. 2023 And finally, financial conditions remain relatively tight: Overall credit growth in December was weak, and bond yields and money-market rates have risen in recent weeks. —Nathaniel Taplin, WSJ, 20 Jan. 2023 Crypto miners began putting down stakes in places where power is cheap and affordable, and if land use or noise regulations even exist, enforcement is weak. —Bill Weir, CNN, 19 Jan. 2023 Councilmember Stephen Whitburn, who represents downtown and nearby areas where the city’s homeless population is concentrated, conceded that local mass transit is weak. —San Diego Union-Tribune, 12 Jan. 2023 Doctors said Hamlin is walking normally, but still is weak. —Safid Deen, USA TODAY, 9 Jan. 2023 Eisai has downplayed these findings, arguing the statistical evidence is weak. —Adam Feuerstein Reprints, STAT, 6 Jan. 2023 See More

These example sentences are selected automatically from various online news sources to reflect current usage of the word 'weak.' Views expressed in the examples do not represent the opinion of Merriam-Webster or its editors. Send us feedback. 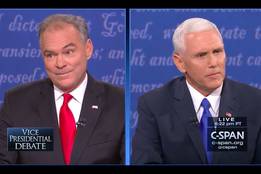 Lookups spiked after Pence used 'feckless' in the vice-presidential debate

adjective
ˈwēk
1
a
: lacking physical strength
b
: easily upset or nauseated
a weak stomach
2
: not able to stand much weight, pressure, or strain
a weak rope
3
a
: lacking strength of mind or character
b
: resulting from or showing a lack of mental or moral firmness
a weak policy
4
: not rich in some usual or important element
weak tea
5
: not able to stand the test of logic
a weak argument
6
: lacking skill or ability
weak in math
7
: lacking in force of expression
a weak writing style
8
: not having or using authority
weak government
9
: of, relating to, or being a verb or verb conjugation that forms the past tense and past participle by adding the suffix -ed or -d or -t
10
: of, relating to, or being the lightest of three levels of stress in pronunciation
a weak syllable
11
: ionizing only slightly in solution
weak acids
weakly adverb

More from Merriam-Webster on weak