vil·​lain ˈvi-lən
Synonyms of villain
1
: a character in a story or play who opposes the hero
2
: a deliberate scoundrel or criminal
3
: one blamed for a particular evil or difficulty
automation as the villain in job … displacement—M. H. Goldberg
4
: villein
5
: an uncouth person : boor

He plays the villain in most of his movies. She describes her first husband as a villain who treated her terribly. Don't try to make me the villain. It's your own fault that you're having these problems.
Recent Examples on the Web Laws is, to a large extent, the villain of the film, but Woodbine refused to see him that way. —Stuart Miller, Variety, 24 Jan. 2023 Though Cheché becomes the villain of the piece, Capote brings such a range of emotions to the role that his deeply effective performance is arguably his best ever — and it’s among the best from a long line of actors in this role. —Christine Dolen, Sun Sentinel, 23 Jan. 2023 None of this is real, of course—Johnson is the villain of the popular video game Portal—but the makeshift ethical review board that evaluated his study was. —Bysara Reardon, science.org, 20 Jan. 2023 In reading only extracts about physical attacks and leaking of stories you would be forgiven for thinking that William is the villain of the piece. —Victoria Murphy, Town & Country, 10 Jan. 2023 According to MyTimeToShineHello, the Beyonder will be the main villain of Secret Wars. —Chris Smith, BGR, 2 Jan. 2023 In a separate interview with Total Film published Monday ahead of the trailer’s release, director Kemp Powers revealed that The Spot, voiced by Jason Schwartzman, is the primary villain of the next two movies. —Abbey White, The Hollywood Reporter, 13 Dec. 2022 But in structuring the story around Elvis and the Colonel, so many tellings of Elvis’ story, the Colonel is essentially the villain of Elvis’ life. —Los Angeles Times, 15 Nov. 2022 Langer even brings great depth to the villain of the story. —John Warner, Chicago Tribune, 24 Sep. 2022 See More

These example sentences are selected automatically from various online news sources to reflect current usage of the word 'villain.' Views expressed in the examples do not represent the opinion of Merriam-Webster or its editors. Send us feedback. 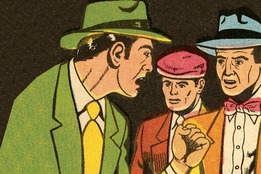 A Handy Guide to Ruffians,... 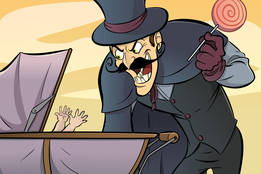 Villains are scarier than they used to be

noun
vil·​lain ˈvil-ən
1
: villein
2
: an evil person : scoundrel
3
: a character in a story or play who opposes the hero

More from Merriam-Webster on villain