to·​ward ˈtō-ərd ˈtȯ(-ə)rd
variants or towards
ˈtō-ərd(z)
ˈtȯ(-ə)rd(z),
tə-ˈwȯrd(z),
ˈtwȯrd(z)
1
: in the direction of
driving toward town
2
a
: along a course leading to
a long stride toward disarmament
b
: in relation to
an attitude toward life
3
a
: at a point in the direction of : near
a cottage somewhere up toward the lake
b
: in such a position as to be in the direction of
your back was toward me
4
: not long before
toward the end of the afternoon
5
a
: in the way of help or assistance in
did all he could toward raising campaign funds
b
: for the partial payment of
proceeds go toward the establishment of a scholarship

to·​ward ˈtō-ərd ˈtȯ(-ə)rd
1
or less commonly towards
ˈtō-ərdz ˈtȯ(-ə)rdz
[Middle English towardes, from Old English tōweardes, preposition, toward, from tōweard, adjective]
a
: coming soon : imminent
b
: happening at the moment : afoot
2
a
obsolete : quick to learn : apt
b
: propitious, favoring
a toward breeze

Preposition The bus is heading toward town. She took a step toward the door. They live out towards the edge of town. We're thinking of taking a vacation towards the end of the month. Efforts toward peace have been largely unsuccessful.
Recent Examples on the Web
Preposition
Scottsdale residents also were urged to reduce their usage as a first step toward more stringent restrictions. Deon J. Hampton, NBC News, 17 Nov. 2022 There have been concerns that North Korea might conduct its first nuclear test in five years as its next major step toward bolstering its military capability against the United States and its allies. Hyung-jin Kim, BostonGlobe.com, 17 Nov. 2022 Beginning with that score, the Volunteers turned a close game into a 66-24 rout and took a big step toward the national semifinals. Paul Myerberg, USA TODAY, 16 Nov. 2022 For those who stretch claims beyond the eligibility criteria, however, that move could be the first step toward a painful IRS audit. Ruth Simon, WSJ, 13 Nov. 2022 Indigenous leaders and environmental groups reiterated this week that the broader look would be a more meaningful step toward permanent protections for cultural resources in the San Juan Basin. Susan Montoya Bryan, ajc, 12 Nov. 2022 But the first step toward that goal begins Monday when Thorrington must decide which players will receive contract offers for next season and which players will have their contract options declined. Kevin Baxter, Los Angeles Times, 12 Nov. 2022 Leading 17-8 in the set, the Dons were well on their way to the next step toward the state finals next Saturday. Terry Monahan, San Diego Union-Tribune, 12 Nov. 2022 Referring to the Ellington song is a step toward providing a mental soundtrack; asking for a dripping faucet as accompanist is an even more emphatic one. The New Yorker, 12 Nov. 2022
Adjective
As the pressure has mounted, Paul and Ally have moved toward and away from each other. Peter Libbey, New York Times, 27 Apr. 2020 See More

These example sentences are selected automatically from various online news sources to reflect current usage of the word 'toward.' Views expressed in the examples do not represent the opinion of Merriam-Webster or its editors. Send us feedback.

Articles Related to toward 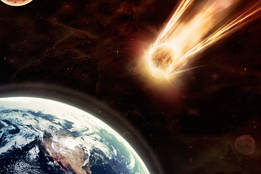 Dictionary Entries Near toward

More from Merriam-Webster on toward

Nglish: Translation of toward for Spanish Speakers

Britannica English: Translation of toward for Arabic Speakers