tor·​ture ˈtȯr-chər
1
: the infliction of intense pain (as from burning, crushing, or wounding) to punish, coerce, or afford sadistic pleasure
2
a
: something that causes agony or pain
b
: anguish of body or mind : agony
3
: distortion or overrefinement of a meaning or an argument : straining

1
: to cause intense suffering to : torment
2
: to punish or coerce by inflicting excruciating pain
3
: to twist or wrench out of shape : distort, warp
torturer
ˈtȯr-chər-ər
noun

afflict, try, torment, torture, rack mean to inflict on a person something that is hard to bear.

afflict is a general term and applies to the causing of pain or suffering or of acute annoyance, embarrassment, or any distress.

ills that afflict the elderly

try suggests imposing something that strains the powers of endurance or of self-control.

torment suggests persecution or the repeated inflicting of suffering or annoyance.

a horse tormented by flies

torture adds the implication of causing unbearable pain or suffering.

tortured by a sense of guilt

a body racked by pain

Noun Waiting is just torture for me. Listening to him can be torture. Verb The report revealed that prisoners had been repeatedly tortured. Don't torture yourself over the mistake.
Recent Examples on the Web
Noun
Under torture, the man implicated his master, another man and two women. Joshua Hammer, Smithsonian Magazine, 31 Dec. 2022 Senator Rand Paul accused both him and the National Institute of Allergy and Infectious Diseases of animal torture. Tori Otten, The New Republic, 23 Nov. 2022 Kunkle did mount an unsuccessful attempt to defend former police Lt. Jon Burge after the City Council appointed him to represent the disgraced officer in Andrew Wilson’s federal torture case. William Lee, Chicago Tribune, 21 Nov. 2022 People are no longer afraid to leave home, or worried that contact with Russian soldiers might lead to a prison or torture cell. Hanna Arhirova, ajc, 19 Nov. 2022 Oklahoma executed a man Thursday for the torture slaying of his girlfriend's 3-year-old son in 1993. CBS News, 17 Nov. 2022 At the same time, Russian armies have also left behind evidence of unspeakable atrocities and torture, also reminiscent of the Khmer Rouge. David A. Andelman, CNN, 17 Nov. 2022 The state had sentenced him to death over the murder of a security guard during 2018 protests, though Afkari had maintained that his confession was coerced through torture. Sanya Mansoor, Time, 21 Oct. 2022 The Cut writer Reeves Wiedeman detailed the emotional and psychological torture this brought to the family as time went on, as investigations by both the local police and the family themselves never turned up The Watcher’s identity. Jackie Strause, The Hollywood Reporter, 21 Oct. 2022
Verb
And yet, for anyone who isn’t watching and is currently wondering: why torture your eyes with all this heinous content? Milan Polk, Men's Health, 17 Oct. 2022 Shvets, a former soldier in Ukraine’s military who was loyal to Kyiv, knew the gunmen would either kill or abduct and torture him. Hanna Arhirova, Anchorage Daily News, 5 Oct. 2022 Shvets, a former soldier in Ukraine's military who was loyal to Kyiv, knew the gunmen would either kill or abduct and torture him. Hanna Arhirova, ajc, 5 Oct. 2022 Parker continued to torture the Ravens secondary in the second half. Mark Daniels, USA TODAY, 26 Sep. 2022 Only one person can torture Wednesday's deviant brother and that's Wednesday herself. Chaise Sanders, Country Living, 5 Sep. 2022 For example, why were American women encouraged to torture themselves with cage-like corsets, don yards of cumbersome cloth and carry around a heavy protuberance called a bustle? John Kelly, Washington Post, 10 Sep. 2022 The researchers believe that these chemical changes all come together and cause octopuses to torture themselves. Joshua Hawkins, BGR, 19 May 2022 In a suburb of Stockholm in 1982, 12-year-old Oskar (Kåre Hedebrant) dreams of revenge against the bullies who torture him at school. Andrew Walsh, EW.com, 5 May 2022 See More

These example sentences are selected automatically from various online news sources to reflect current usage of the word 'torture.' Views expressed in the examples do not represent the opinion of Merriam-Webster or its editors. Send us feedback. 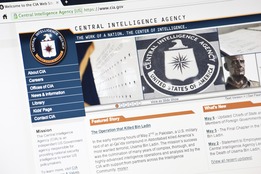 The release of a Senate report on CIA interrogations ...

tor·​ture ˈtȯr-chər
1
: distress of body or mind
2
: the causing of great pain especially to punish or to obtain a confession

tortured; torturing ˈtȯrch-(ə-)riŋ
1
: to cause great suffering to
2
: to punish or force someone to do or say something by causing great pain
torturer
ˈtȯr-chər-ər
noun

More from Merriam-Webster on torture