su·​per·​nat·​u·​ral ˌsü-pər-ˈna-chə-rəl
-ˈnach-rəl
1
: of or relating to an order of existence beyond the visible observable universe
especially : of or relating to God or a god, demigod, spirit, or devil
2
a
: departing from what is usual or normal especially so as to appear to transcend the laws of nature
b
: attributed to an invisible agent (such as a ghost or spirit)
supernatural noun
supernaturally
ˌsü-pər-ˈna-chər-ə-lē
-ˈnach-rə-
-ˈna-chər-lē
adverb
supernaturalness noun

believes in ghosts, guardian angels, and other supernatural beings he seems to read books with supernatural speed
Recent Examples on the Web The uphill feels interminable, with each turn revealing an impossible new climb, until the maddening endlessness of it all borders on the supernatural. Peter Hartlaub, San Francisco Chronicle, 1 Nov. 2022 In the face of mostly incurable diseases like farcy, healers might need to call on the supernatural. John Last, Smithsonian Magazine, 31 Oct. 2022 Migraines have baffled humankind at least as far back as the ancient Egyptians, who blamed the excruciating headaches, and their often-accompanying visual auras and nausea, on the supernatural. Jenifer Frank, courant.com, 24 Feb. 2022 Unleashing a tempest without the help of supernatural beings proved to be a major undertaking, so the Pacific Northwest National Laboratory sent a postdoctoral researcher, Anya Hopple, to help lead the project. Jennie Rothenberg Gritz, Smithsonian Magazine, 7 Dec. 2022 Much like the series’ central mystery involving Montego Air Flight 828 which disappeared and reappeared five years later, the former NBC supernatural drama briefly vanished last summer, only to return as a Netflix series a couple months later. Brian Davids, The Hollywood Reporter, 26 Oct. 2022 This Noomi Rapace starrer is a supernatural drama about an Icelandic couple who live with their herd of sheep on a beautiful but remote farm. Marta Balaga, Variety, 23 Aug. 2022 On top of that, Shum also had a starring role in the Step Up series and the Freeform supernatural drama, Shadowhunters. Keith Langston, EW.com, 27 July 2022 As a vessel for the Mind Flayer, Billy gathered the citizens of Hawkins and help the supernatural force assemble a fleshy form. Abby Dupes, Seventeen, 1 Nov. 2022 See More

These example sentences are selected automatically from various online news sources to reflect current usage of the word 'supernatural.' Views expressed in the examples do not represent the opinion of Merriam-Webster or its editors. Send us feedback. 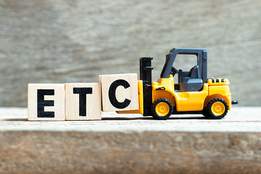 su·​per·​nat·​u·​ral ˌsü-pər-ˈnach-(ə-)rəl
1
: of or relating to an order of existence beyond the visible observable universe
especially : of or relating to God or a god, demigod, spirit, or devil
2
a
: departing from what is usual or normal especially so as to appear to go beyond the laws of nature
b
: attributed to an invisible agent (as a ghost or spirit)
supernatural noun
supernaturally
-ˈnach-(ə-)rə-lē
-ˈnach-ər-lē
adverb

More from Merriam-Webster on supernatural