soph·​ist ˈsä-fist
1
: philosopher
2
capitalized : any of a class of ancient Greek teachers of rhetoric, philosophy, and the art of successful living prominent about the middle of the fifth century b.c. for their adroit subtle and allegedly often specious reasoning
3
: a captious or fallacious reasoner

Recent Examples on the Web And if the exposition of the counter-intuitive position is placed in the hands of a cunning sophist, and the one who endorses common sense is plain and less learned, then the battle is already lost before it is begun. —Razib Khan, Discover Magazine, 3 Jan. 2013 The hybrid of the Post Modern inflected scholar and public intellectual is ultimately a gnostic sophist of the highest order, transmuting plain if unpalatable truths about the world into a murky cultic potion. —Razib Khan, Discover Magazine, 29 Dec. 2011 In Plato’s most famous dialogue, the Republic, Socrates falls into conversation with the bold and intimidating Thrasymachus, who is a sophist—that is, one who offers instructions on how to argue a case, no matter its merit. —Rebecca Newberger Goldstein, WSJ, 15 Mar. 2018 Not even the most shameless sophist will argue that anything like that happened. —Hugh Hewitt, The Denver Post, 10 Mar. 2017

These example sentences are selected automatically from various online news sources to reflect current usage of the word 'sophist.' Views expressed in the examples do not represent the opinion of Merriam-Webster or its editors. Send us feedback. 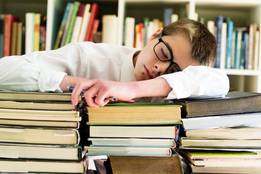 Learned Fools: On Names for Students

Where did we get 'freshman' and 'sophomore'?

noun
soph·​ist ˈsäf-əst
: one who argues by the use of sophisms

More from Merriam-Webster on sophist