1a : a time characterized by a particular circumstance or feature in a season of religious awakening— F. A. Christie
b : a suitable or natural time or occasion when my season comes to sit on David's throne— John Milton
c : an indefinite period of time : while sent home again to her father for a season— Francis Hackett
2a : a period of the year characterized by or associated with a particular activity or phenomenon hay fever season : such as
(1) : a period associated with some phase or activity of agriculture (such as growth or harvesting)
(2) : a period in which an animal engages in some activity (such as migrating or mating) also : estrus, heat
(3) : the period normally characterized by a particular kind of weather a long rainy season
(4) : a period marked by special activity especially in some field tourist season hunting season
(5) : a period in which a place is most frequented
b : one of the four quarters into which the year is commonly divided
c : the time of a major holiday
d : a period of time when a series of new television shows, plays, etc., are being shown or performed a show entering its second season the first/best episode of the season the season's final performance
3 : year a boy of seven seasons
4 [Middle English sesoun, from sesounen to season] : seasoning
5 : the schedule of official games played or to be played by a sports team during a playing season got through the season undefeated
6 : off-season closed for the season
in season
1 : at the right time
2 : at the stage of greatest fitness (as for eating) peaches are in season
3 : legally available to be hunted or caught
out of season
: not in season

Definition of season (Entry 2 of 2)

1a : to give (food) more flavor or zest by adding seasoning or savory ingredients
b : to give a distinctive quality to as if by seasoning especially : to make more agreeable advice seasoned with wit
c archaic : to qualify by admixture : temper
2a : to treat (something, such as wood or a skillet) so as to prepare for use
b : to make fit by experience a seasoned veteran

Examples of season in a Sentence

Noun I enjoy watching the seasons change every year. These plants have a short growing season. Deer season starts next week. Monsoon season is coming soon. This season's fashions are very feminine. Pink is in style this season. The theater company will be putting on plays by Shakespeare this season. one of the shows in the network's season lineup Verb You must season the firewood. the chef seasoned the vegetables as soon as they came out of the oven
See More
Recent Examples on the Web: Noun Six games down, six more to go in the regular season and anything is still possible. — Michael Casagrande | Mcasagrande@al.com, al, 14 Oct. 2021 Milwaukee will likely take their precautions in the regular season with key guys playing less minutes, or even sitting out games entirely, but don’t confuse that for laziness or a lack of motivation. — Morten Jensen, Forbes, 13 Oct. 2021 Ron Howard, Jim Nabors, Frank Sutton and Andy Griffith in a season 2 episode of ‘The Andy Griffith Show’ in 1966. — Marc Myers, WSJ, 12 Oct. 2021 Speaking of players who have really struggled late in the season, Omar Narváez is back in the lineup at catcher after not playing in Game 2. — Jr Radcliffe, Milwaukee Journal Sentinel, 11 Oct. 2021 Sure, the Buckeyes and their suspect defense may be exposed again later in the season. — Rainer Sabin, Detroit Free Press, 11 Oct. 2021 As a team, the Dodgers ranked fourth among NL teams in OPS (.757) against left-handed pitching in the regular season but first in the majors in home runs (79). — Matt Kawahara, San Francisco Chronicle, 11 Oct. 2021 For just the fifth time in program history and first time since 1950, UK has won its first six games in a season. — Jon Hale, The Courier-Journal, 10 Oct. 2021 That happened to Green Bay and Buffalo early in the season. — Terry Pluto, cleveland, 9 Oct. 2021 Recent Examples on the Web: Verb Place the meat on the wire rack and season it with salt and pepper or your favorite spice rub. — Jim Dewan, chicagotribune.com, 11 Oct. 2021 Fine sea salt is usually easier to season with, while coarse sea salt is better for brines. — Bon Appétit, 28 Sep. 2021 The You season 3 setting is filled with all manner of people that Joe hates: privileged tech entrepreneurs, judgmental mommy bloggers, and Insta-famous biohackers. — Nick Romano, EW.com, 30 Aug. 2021 But Tony would gently remind me to season the food with olive oil and salt. — Chloé Caldwell, Bon Appétit, 27 Aug. 2021 Other homages to season one include alums Dylan McDermott and Jamie Brewer who will reprise their roles, creator Ryan Murphy shared Tuesday. — Naledi Ushe, PEOPLE.com, 18 Aug. 2021 Rub the olive oil all over the pork steaks and then season them with the barbecue rub. — Chuck Blount, San Antonio Express-News, 28 June 2021 Marinating helps season them thoroughly, adding loads of flavor. — Melissa Clark, New York Times, 23 July 2021 What will season three of Love, Victor be about? Talk about a finale! — Tamara Fuentes, Seventeen, 11 June 2021

These example sentences are selected automatically from various online news sources to reflect current usage of the word 'season.' Views expressed in the examples do not represent the opinion of Merriam-Webster or its editors. Send us feedback.

First Known Use of season

History and Etymology for season

The first known use of season was in the 14th century 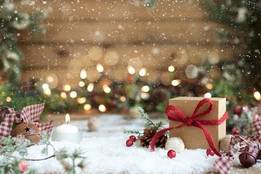 Do the Names of the Seasons Get...

Do the Names of the Seasons Get Capitalized?

On common nouns and falling leaves

: to add salt, pepper, spices, etc., to (something) to give it more flavor
: to make (wood) ready for use by slowly drying it

1 : one of the four quarters into which a year is commonly divided
2 : a period of time associated with something special apple season

Kids Definition of season (Entry 2 of 2)

1 : to add flavor to (food) with spices and herbs
2 : to make suitable for use (as by aging or drying) Has this wood been seasoned?

More from Merriam-Webster on season