san·​guine ˈsaŋ-gwən
Synonyms of sanguine
1
: marked by eager hopefulness : confidently optimistic
In the month of August 1994, Democrats remained sanguine about their chances at the polls …—John B. Judis
A lot of attention also is being devoted to the development of vaccines to prevent genital herpes, although not everyone is sanguine about the outcome.—The Journal of the American Medical Association
2
: bloodred
… the radiant heat from the cedar logs, whose sanguine colour made the silvered locks of his hair into a fantastic wreath of flames.—Elinor Wylie
3
a
: consisting of or relating to blood
… some sanguine vessels are obstructed, and distended …—Theophilus Lobb
b
: bloodthirsty, sanguinary
… attacked by the sanguine … warriors of neighboring islands …—Ana Y. Ramos-Zayas
c
: accompanied by, involving, or relating to bloodshed : bloody
… from the numerous graves, including those by the barn, which our shells had destroyed; we realized what a sanguine battle it had been …—Frederick W. Wild
d
of the complexion : ruddy
She was all unnerved; her naturally sanguine complexion was pale …—Charlotte Brontë
4
: having blood as the predominating bodily humor see humor entry 1 sense 2c
An abundance of red blood was marked by a warm and sanguine temperament; whereas, an excess of yellow bile produced the choleric temperament …—Samuel Lytler Metcalfe
also : having the bodily conformation and temperament held characteristic of such predominance and marked by sturdiness, healthy red complexion, and cheerfulness
He conceived himself rather as a sanguine and strenuous man, a great fighter. —G. K. Chesterton
sanguinely adverb
sanguineness
ˈsaŋ-gwən-nəs
noun
sanguinity
saŋ-ˈgwi-nə-tē
san-
noun

If you're the sort of cheery soul who always looks on the bright side no matter what happens, you have a sanguine personality. Sanguine is the name of one of the temperaments that ancient and medieval scholars believed was caused by an abundance of one of the four humors. It comes from sanguineus—Latin for "of or relating to blood" or "bloody"—and over centuries has had meanings ranging from "bloodthirsty" and "bloodred" to "confidently optimistic."

Adjective He has been strangely sanguine about this, blandly ignoring the mounting evidence that dissident elements in the police are stirring trouble … —Allister Sparks, Washington Post, 9–15 Mar. 1992 How could a man of his caliber be this sanguine about a war we had barely begun to fight? He gave me the McNamara look, eyes focusing boldly through rimless glasses. "Every quantitative measurement we have shows that we're winning this war," he said. —Neil Sheehan, A Bright Shining Lie, 1988 Yet if there were sanguine expectations of war profits and unlimited booty from the Spanish empire, … those hopes were dramatically confounded … —Simon Schama, The Embarrassment of Riches, 1988 He does not pretend to be sanguine about our prospects. History itself, he reminds us, provides few examples of cultures as debilitated as ours which were not destroyed by the very forces they set in motion. —Gertrude Himmelfarb, The New History and the Old, 1987 She has a sanguine disposition. He is sanguine about the company's future. See More
Recent Examples on the Web
Adjective
But in an interview this week Mr. Merrin was decidedly less sanguine. —Jack Butler, WSJ, 20 Jan. 2023 Those who grew up in Soviet times are often more sanguine about Russian control, while those who grew up after Ukraine’s independence, in 1991, often look to Europe, not Moscow, as their past and future. —Dave Eggers, The New Yorker, 5 Jan. 2023 Donald Miller, 47, who occupies the camp next to Mark, sounded slightly less sanguine about the weather. —Los Angeles Times, 4 Jan. 2023 Thompson, for one, seems rather sanguine about the whole matter. —New York Times, 15 June 2022 Analysts are less sanguine, pointing out that Mr. Netanyahu needs his more extreme partners to potentially halt his ongoing corruption trial, so the balance of power inside the next Israeli government remains to be seen. —Neri Zilber, The Christian Science Monitor, 21 Dec. 2022 But Democratic officials in other states — and liberal voters here — were less sanguine, as the prospect of a red wave in races across the country loomed. —Katie Mcinerney, BostonGlobe.com, 9 Nov. 2022 The Party’s leadership took a sanguine position on her defection. —Benjamin Wallace-wells, The New Yorker, 14 Dec. 2022 That ushered in more sanguine sentiment in financial markets, which drove down the yield on the 10-year Treasury note, which mortgage rates tend to follow. —Ben Eisen, WSJ, 17 Nov. 2022
Noun
Unfortunately, the angling tournament on Lake Erie that made international news the other day doesn’t bode well for the sanguine. —Ben Mcgrath, The New Yorker, 10 Oct. 2022 Also called the travel, dying grass, sanguine or blood moon, the term hunter's moon was first identified in the Oxford English Dictionary in 1710. —Julia Musto, Fox News, 7 Oct. 2022 No two songs sound alike, and the whole enterprise is built upon the juxtaposition of Dinger’s rhythmic intensity and Rother’s sanguine, cosmically inclined songcraft. —Jonathan Williger, Washington Post, 23 Sep. 2022 But the rest of the production was far from sanguine. —Mark Peikert, Town & Country, 28 Jan. 2022 Indeed, as director Amy Berg’s documentary reminds us, his fans are not exactly known for being laid-back and sanguine in the face of criticism of their idol. —Leslie Felperin, The Hollywood Reporter, 23 Jan. 2022 The song grapples with the self-doubt that emerges as a product of the creative process, and serves as a sanguine take on a common artist’s dilemma. —Taylor Mims, Billboard, 18 Jan. 2022 The hunter's moon, which follows the harvest moon, was also called the travel, dying grass, sanguine or blood moon by Algonquin tribes. —Julia Musto, Fox News, 20 Oct. 2021 The designs of Indian miniatures were first drawn in rough outline in charcoal, which was subsequently painted over with sanguine followed by a very thin coat of white priming. —Washington Post, 25 Aug. 2021 See More

These example sentences are selected automatically from various online news sources to reflect current usage of the word 'sanguine.' Views expressed in the examples do not represent the opinion of Merriam-Webster or its editors. Send us feedback.

Humorless Words for the Bodily Humors

From the sanguine to the downright choleric 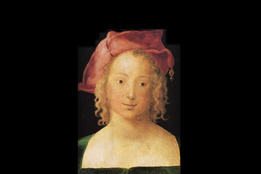 The Odd History of "Sanguine"

adjective
san·​guine ˈsaŋ-gwən
1
a
: consisting of or relating to blood
b
of the complexion : ruddy
2
: having blood as the predominating bodily humor
also : having the bodily conformation and temperament held characteristic of such predominance and marked by sturdiness, high color, and cheerfulness

More from Merriam-Webster on sanguine