formal
1 : an action that is taken or an order that is given to force a country to obey international laws by limiting or stopping trade with that country, by not allowing economic aid for that country, etc.
2 : official permission or approval The country acted without the sanction of the other nations. Their policy has/lacks legal sanction.

1 : a formal decree especially : an ecclesiastical decree
2a obsolete : a solemn agreement : oath
b : something that makes an oath binding
3 : the detriment, loss of reward, or coercive intervention annexed to a violation of a law as a means of enforcing the law
4a : a consideration, principle, or influence (as of conscience) that impels to moral action or determines moral judgment
b : a mechanism of social control for enforcing a society's standards
c : explicit or official approval, permission, or ratification : approbation
5 : an economic or military coercive measure adopted usually by several nations in concert for forcing a nation violating international law to desist or yield to adjudication

Definition of sanction (Entry 2 of 2)

1 : to make valid or binding usually by a formal procedure (such as ratification)
2 : to give effective or authoritative approval or consent to … such characters … look, talk, and act in ways sanctioned by society and novelistic tradition …— Lawrence Chua
3a : to attach a sanction or penalty to the violation of (a right, obligation, or command) … the status, procedures, rights, and duties of members are carefully defined by rules that are sanctioned by fines should they be contravened by members.— Malcolm Ruel
b : to impose a sanction or penalty upon … a Long Island brokerage firm that, at the time, had serious Securities and Exchange Commission, or SEC fraud charges pending against it and has since been heavily fined and sanctioned.— Molly Ivins
Other Words from sanction Synonyms & Antonyms Choose the Right Synonym Sanction Has Legal Origins More Example Sentences Learn More About sanction

Other Words from sanction

Choose the Right Synonym for sanction

Sanction can be both a verb and a noun meaning "authoritative approval" or "a coercive measure." The noun entered English first, in the 15th century, and originally referred to a formal decree or law, especially an ecclesiastical decree. (The Latin sancire, meaning "to make holy," is an ancestor.) The noun's meaning then extended in different directions. By the end of the 17th century, it could refer to both a means of enforcing a law (a sense that in the 20th century we began using especially for economic penalties against nations violating international law) and the process of formally approving or ratifying a law. When the verb sanction appeared in the 18th century, it had to do with ratifying laws as well. Soon it had also acquired an additional, looser sense: "to approve."

Examples of sanction in a Sentence

These example sentences are selected automatically from various online news sources to reflect current usage of the word 'sanction.' Views expressed in the examples do not represent the opinion of Merriam-Webster or its editors. Send us feedback.

First Known Use of sanction

History and Etymology for sanction

The first known use of sanction was in the 15th century

Listen to Our Podcast About sanction

These words are their own opposites 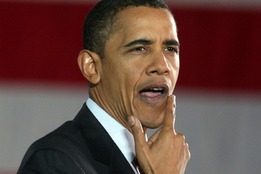 After Obama used the word to describe fellow Democrats who ...

1 : official approval or permission The soldiers' conduct did not have the king's sanction.
2 : an action (as the ending of financial aid) taken by one or more nations to make another nation comply with a law or rule

Kids Definition of sanction (Entry 2 of 2)

: to officially accept or allow The coaches sanctioned the new rule.

1 : a punitive or coercive measure or action that results from failure to comply with a law, rule, or order a sanction for contempt
2 : explicit or official approval
3 : an economic or military coercive measure adopted usually by several nations in concert for forcing a nation violating international law to desist or yield to adjudication

Legal Definition of sanction (Entry 2 of 2)

1 : to give official approval or consent to : ratify
2 : to impose a sanction on sanctioned the lawyer for professional misconduct

More from Merriam-Webster on sanction