rhap·​so·​dy ˈrap-sə-dē
plural rhapsodies
Synonyms of rhapsody
1
: a portion of an epic poem adapted for recitation
2
archaic : a miscellaneous collection
3
a(1)
: a highly emotional utterance
(2)
: a highly emotional literary work
(3)
: effusively rapturous or extravagant discourse
b
: rapture, ecstasy
4
: a musical composition of irregular form having an improvisatory character

The mayor launched into a long rhapsody about his plans for the city. listening to Mozart always left him in a rhapsody that lingered for the remainder of the evening
Recent Examples on the Web Hits by Madonna, Beyoncé, U2, Elton John, Rihanna, Queen and Sia arrive at plot-perfect moments during this randy bohemian rhapsody. —oregonlive, 2 Jan. 2023 As written by Field and modulated, brilliantly, by Blanchett, Lydia becomes a rhapsody in contrasts, controlling, fastidious, witty, steely, imperious, hubristic. —Michael Phillips, Chicago Tribune, 12 Oct. 2022 Thump: Now that’s a New York rhapsody if there ever was one. —Mark Jacobson, Vulture, 11 Dec. 2021 He’s perhaps most famous (and lauded) for films like the Patricia Highsmith adaptation Carol or Far From Heaven, his rhapsody on the themes of Douglas Sirk. —K. Austin Collins, Rolling Stone, 15 Oct. 2021 There was rhapsody in these musical seductions — and the calculation that the way to theater lovers’ hearts was through their cast albums. —Washington Post, 27 Sep. 2021 Following a bellowing sax solo during the sixth movement, the symphony’s brass and strings cascade in lilting rhapsody. —Stephen Humphries, The Christian Science Monitor, 23 June 2021 Houellebecq harbors Balzacian ambitions as well as Lovecraftian rhapsodies. —Siddhartha Deb, The New Republic, 21 Jan. 2020 Khatia Buniatishvili, a French-Georgian pianist, recalled hearing Ms Argerich’s performance of a Brahms rhapsody in a piece for the New York Times in 2017. —E.h., The Economist, 22 Aug. 2019 See More

These example sentences are selected automatically from various online news sources to reflect current usage of the word 'rhapsody.' Views expressed in the examples do not represent the opinion of Merriam-Webster or its editors. Send us feedback. 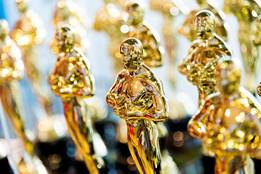 The words that defined the week of March 1st, 2019

More from Merriam-Webster on rhapsody