1
: to bring to mind or think of again
remembers the old days
2
archaic
a
: bethink sense 1b
b
: remind
3
a
: to keep in mind for attention or consideration
remembers friends at Christmas
b
: reward
was remembered in the will
4
: to retain in the memory
remember the facts until the test is over
5
: to convey greetings from
remember me to her
6
: record, commemorate

1
: to exercise or have the power of memory
2
: to have a recollection or remembrance
rememberability
ri-ˌmem-b(ə-)rə-ˈbi-lə-tē
noun
rememberable
ri-ˈmem-b(ə-)rə-bəl
adjective
rememberer
ri-ˈmem-bər-ər
noun

remember, recollect, recall, remind, reminisce mean to bring an image or idea from the past into the mind.

remember implies a keeping in memory that may be effortless or unwilled.

remembers that day as though it were yesterday

recollect implies a bringing back to mind what is lost or scattered.

as near as I can recollect

recall suggests an effort to bring back to mind and often to re-create in speech.

can't recall the words of the song

remind suggests a jogging of one's memory by an association or similarity.

that reminds me of a story

reminisce implies a casual often nostalgic recalling of experiences long past and gone.

I remember my first day of school like it was yesterday. Do you remember me? I used to work with you many years ago. Remember when we went hiking last summer? I remember telling him not to do it, but he did it anyway. I remember what that felt like. As far as I can remember, I've never been late to a meeting. I couldn't remember how to spell her name. I can't remember where I put that book. I remembered that I had left my wallet at home. What was it that I was going to ask him? I can't remember. See More
Recent Examples on the Web The original conference presented midseason minefields even to championship UConn teams — remember, the 2010-11 team went 9-9 in the league. —Dom Amore, Hartford Courant, 15 Jan. 2023 Christina Applegate’s award show return will be one to remember at Sunday’s Critics Choice Awards. —Carly Thomas, The Hollywood Reporter, 14 Jan. 2023 Brock Purdy wasn’t quite four years old when LeBron James entered the NBA, which means the basketball star has been a sports icon literally since Purdy can remember. —Ann Killion, San Francisco Chronicle, 14 Jan. 2023 The cities and school districts of Royal Oak and Berkley will have a joint MLK Day event to honor and remember Dr. King on Monday. —Brendel Hightower, Detroit Free Press, 14 Jan. 2023 More from National Geographic: Relive dramatic events of the war through the people who remember it. —National Geographic, 13 Jan. 2023 Other stars who have spoken out to remember Presley include Questlove, LeAnn Rimes, Elvis director Baz Luhrmann, Dolly Parton and more. —Glenn Rowley, Billboard, 13 Jan. 2023 That’s a responsibility on you to silence your phone notifications at baby’s bedtime or remember to respond to your night-owl boss the next day. —Shira Ovide, Washington Post, 13 Jan. 2023 On Thursday evening, friends and families with young children dressed in warm coats and hats stood in the chill, damp air to remember Ana Walshe and her children. —Ivy Scott, BostonGlobe.com, 12 Jan. 2023 See More

These example sentences are selected automatically from various online news sources to reflect current usage of the word 'remember.' Views expressed in the examples do not represent the opinion of Merriam-Webster or its editors. Send us feedback. 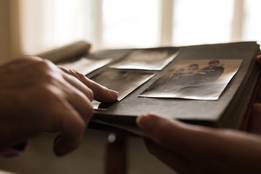 Bringing to mind their subtle differences

verb
re·​mem·​ber ri-ˈmem-bər
remembered; remembering -b(ə-)riŋ
1
: to bring to mind or think of again
remembers the old days
2
a
: to keep in mind for attention
remember friends at Christmas
b
: reward entry 1 sense 1
was remembered in the will
3
: to keep in the memory
remember the facts for the test
4
: to pass along greetings from
remember us to your family
rememberable
-b(ə-)rə-bəl
adjective
rememberer
-bər-ər
noun

More from Merriam-Webster on remember