re·​dun·​dant ri-ˈdən-dənt
1
a
: exceeding what is necessary or normal : superfluous
b
: characterized by or containing an excess
specifically : using more words than necessary
c
: characterized by similarity or repetition
a group of particularly redundant brick buildings
d
chiefly British : no longer needed for a job and hence laid off
2
: profuse, lavish
3
: serving as a duplicate for preventing failure of an entire system (such as a spacecraft) upon failure of a single component
redundantly adverb

The drone had originally been designed to go places the Blackbird could not, but it had become redundant on discovery of the fact that there was nowhere the SR-71 could not go in safety … Tom Clancy, The Cardinal of the Kremlin, 1989 Undoubtedly in ninety-nine cases out of a hundred a witness to an occurrence is someone who has seen it. Therefore, some editors have said, eyewitness is a redundant word and it should be consigned to the dustbin. Theodore M. Bernstein, Mrs. Thistlebottom's Hobgoblins, 1971 There they sat, grounded upon the ground, silent, uncomplaining, with bowed heads, a pathetic sight. And by hideous contrast, a redundant orator was making a speech to another gathering not thirty steps away … Mark Twain, A Connecticut Yankee in King Arthur's Court, 1889 He edited the paper and removed any redundant information or statements. Avoid redundant expressions in your writing. Some people say that since all adages are old, the phrase “old adage” is redundant. See More
Recent Examples on the Web In court papers, the foundation lawyer denied the wrongful-termination and related allegations and said Vajjhala was placed on leave after officials said the job was redundant. Jeff Mcdonald, San Diego Union-Tribune, 20 Nov. 2022 New fossil fuel projects may be redundant before they are even completed. Suriya Jayanti, Time, 31 Oct. 2022 Opponents have argued that Prop. 1 is not clear enough about restrictions on late-term abortions and also that the measure is redundant, because of the earlier actions by the Legislature and state Supreme Court. James Rainey, Los Angeles Times, 6 Nov. 2022 If the purpose of sending psilocybin client data to DORA is to identify adverse events, the system would be redundant. WIRED, 2 Nov. 2022 The intimacy principle wins out: The works that are in the show make comparisons redundant. Sebastian Smee, Washington Post, 6 Oct. 2022 And Allen West, a GOP candidate for governor in Texas, recently doubled down on his anti-vaccine stance, arguing even while hospitalized with Covid-19 that his newfound immunity made vaccination redundant. Lev Facher, STAT, 21 Oct. 2021 Earl Brown, the former facilities manager at the naval hospital, said that the description of the systems on the top floor as redundant did not make sense to him. Joe Rubin, The New Republic, 17 Sep. 2021 Depicting the actual death of Diana would not only be redundant, storywise (the audience would gain no new insight from seeing that a car crash can kill a person), but likely inspire backlash given the subject matter. Elizabeth Logan, Glamour, 12 Oct. 2022 See More

These example sentences are selected automatically from various online news sources to reflect current usage of the word 'redundant.' Views expressed in the examples do not represent the opinion of Merriam-Webster or its editors. Send us feedback. 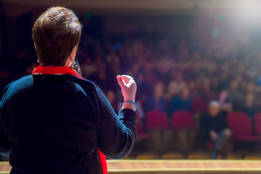 The Redundant 'Is' Isn't Redundant

That double 'is' is making speech smoother 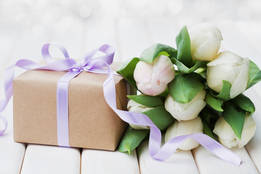 'Free Gift' and Other Redundancies

Not all redundancies are created equal

re·​dun·​dant ri-ˈdən-dənt
1
: more than what is necessary or normal
2
: using or having more words than necessary : repetitious
redundantly adverb

More from Merriam-Webster on redundant