grammar : a word or group of words that is used with a noun, pronoun, or noun phrase to show direction, location, or time, or to introduce an object The preposition "on" in "The keys are on the table" shows location. The preposition "in" in "The movie starts in one hour" shows time.

: a function word that typically combines with a noun phrase to form a phrase which usually expresses a modification or predication
Other Words from preposition Frequently Asked Questions About preposition Example Sentences Learn More About preposition

Other Words from preposition

Can you end a sentence with a preposition?

There is nothing wrong with ending a sentence in a preposition like to, with, for, or at. English speakers have been doing so since the days of Old English. The people who claim that a terminal preposition is wrong are clinging to an idea born in the 17th century and largely abandoned by grammar and usage experts in the early 20th.

What exactly is a preposition?

A preposition is a word—and almost always a very small, very common word—that shows direction (to in "a letter to you"), location (at in "at the door"), or time (by in "by noon"), or that introduces an object (of in "a basket of apples"). Prepositions are typically followed by an object, which can be a noun (noon), a noun phrase (the door), or a pronoun (you).

What is an example of a preposition?

The most common prepositions are at, by, for, from, in, of, on, to, and with. Other common prepositions are about, above, across, after, against, along, among, around, because of, before, behind, below, beneath, beside, between, close to, down, during, except, inside, instead of, into, like, near, off, on top of, onto, out of, outside, over, past, since, through, toward, under, until, up, upon, within, without.

Examples of preposition in a Sentence

The preposition “on” in “The keys are on the table” shows location. The preposition “in” in “The movie starts in one hour” shows time.
Recent Examples on the Web The remaining brigade of 2,500 soldiers will still head to Kuwait to preposition in case they are needed. — Conor Finnegan, ABC News, 14 Aug. 2021 Once, Turley recalls, Barr called him at 2 in the morning from a corporate jet to point out a missing preposition in a footnote on page 20. — Manuel Roig-franzia, Washington Post, 15 Sep. 2020 Take that most school-marmish among them, that of never ending a sentence with a preposition. — Joseph Epstein, National Review, 12 Sep. 2019 What if every college football school trademarked an appropriate conjunction, preposition, adverb, pronoun or interjection of three letters or shorter? — Mike Finger, ExpressNews.com, 15 Aug. 2019 Insistent that sign language needed to be a complete language, his system was complex enough to express prepositions, conjunctions, and other grammatical elements. — National Geographic, 28 May 2019 And in that case, Mr. Garner said, some words should still remain lowercase, including: articles (a, an, the); conjunctions (and, or, but) and prepositions with fewer than four letters (of, by, to, for). — Sarah Mervosh, New York Times, 4 July 2018 The misinterpretation on which the s’mores story hinges is hiding in the humble preposition with. — Ben Zimmer, The Atlantic, 27 June 2018 Analytical thinking—which correlates with frequent use of nouns, articles, and prepositions—seems to peak early in the day, along with an increased concern with things like power and achievement. — Robbie Gonzalez, WIRED, 22 June 2018

These example sentences are selected automatically from various online news sources to reflect current usage of the word 'preposition.' Views expressed in the examples do not represent the opinion of Merriam-Webster or its editors. Send us feedback.

First Known Use of preposition

History and Etymology for preposition

The first known use of preposition was in the 14th century 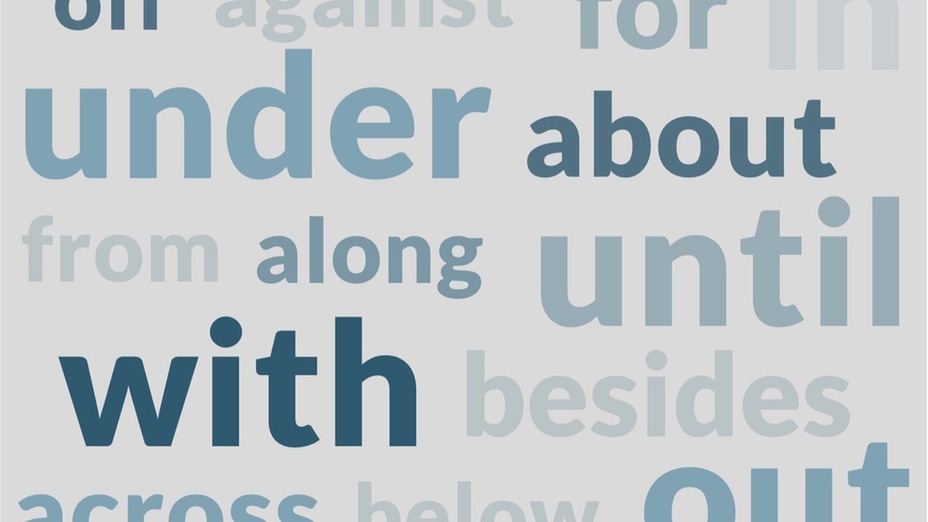 Ending a Sentence with a Preposition

An old-fashioned rule we can no longer put up with. 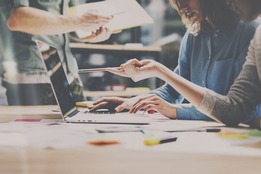 Aboon, and Other Prepositions You’ve...

Feel free to put them at the end of a sentence.

: a word or group of words that combines with a noun or pronoun to form a phrase that usually acts as an adverb, adjective, or noun "With" in "the house with the red door" is a preposition.

More from Merriam-Webster on preposition