1 : a piece (as of timber or metal) fixed firmly in an upright position especially as a stay or support : pillar, column
2 : a pole or stake set up to mark or indicate something especially : a pole that marks the starting or finishing point of a horse race
3a : goalpost
b : a football passing play in which the receiver runs downfield before turning towards the middle of the field
4 : the metal stem of a pierced earring
5 : a metallic fitting attached to an electrical device (such as a storage battery) for convenience in making connections

1 : to affix to a usual place (such as a wall) for public notices : placard
2a : to publish, announce, or advertise by or as if by use of a placard
b : to denounce by public notice
c : to enter on a public listing
d : to forbid (property) to trespassers under penalty of legal prosecution by notices placed along the boundaries
e : score posted a 70 in the final round
3 : to publish (something, such as a message) in an online forum (such as an electronic message board)

1 : something (such as a message) that is published online
2 chiefly British
a : a nation's organization for handling mail also : the mail handled
b(1) : a single dispatch of mail
(2) : letter sense 2a
c : post office
d : postbox
3 archaic
a : one of a series of stations for keeping horses for relays
b : the distance between any two such consecutive stations : stage
4 obsolete : courier

1 : to make familiar with a subject : inform kept her posted on the latest gossip
2 : mail post a letter
3a : to transfer or carry from a book of original entry to a ledger
b : to make transfer entries in
4 archaic : to dispatch in haste

1 : to rise from the saddle and return to it in rhythm with a horse's trot
2 : to ride or travel with haste : hurry
3 : to travel with post-horses

1a : the place at which a soldier is stationed especially : a sentry's beat or station
b : a station or task to which one is assigned
c : the place at which a body of troops is stationed : camp
d : a local subdivision of a veterans' organization
e : one of two bugle calls sounded (as in the British army) at tattoo
2a : an office or position to which a person is appointed
b : an area on a basketball court that is located just outside the free throw lane usually near the basket also : the offensive position of a player occupying the post
3a : trading post, settlement
b : a trading station on the floor of a stock exchange

1a : to station in a given place guards were posted at the doors
b : to carry ceremoniously to a position posting the colors
2 chiefly British : to assign to a unit, position, or location (as in the military or civil service)
3 : to put up O'Brien claims city cops roughed him up and refused to let him post bond.— Jeffrey Ressner

1533, in the meaning defined at intransitive sense 3

1549, in the meaning defined above

Middle French poste, from Old Italian posto, from past participle of porre to place

Middle English, from Latin, from post; akin to Lithuanian pas at, Greek apo away from — more at of

The first known use of post was before the 12th century 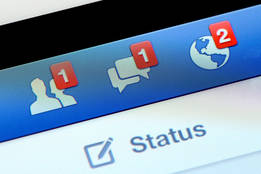 A new word for a new kind of ad

: a piece of material (as metal or wood) placed firmly in an upright position and used especially as a support or marker

1 : to fasten (as a notice or sign) to a suitable place (as a wall or bulletin board)
2 : to make known publicly as if by putting up a notice A storm warning was posted for our area.
3 : to add (a message) to an online message board
4 : to forbid persons from entering or using by putting up warning notices Officials posted the trout stream.

1 : to ride or travel quickly Laurie meanwhile posted off to comfort Amy …— Louisa May Alcott, Little Women
2 : to send by mail
3 : to make aware of recent news about something Keep me posted.

: to station in a given place post a guard

: after : later : following : behind postscript