1 : government by the few The corporation is ruled by oligarchy.
2 : a government in which a small group exercises control especially for corrupt and selfish purposes a military oligarchy was established in the country also : a group exercising such control An oligarchy ruled the nation.
3 : an organization under oligarchic control That country is an oligarchy.
Oligarchy and Other Words for Rulers More Example Sentences Learn More About oligarchy

Oligarchy and Other Words for Rulers

Oligarchy is one of numerous English words for a type of rule or government. Some of these words, such as plutocracy, have an exceedingly similar meaning (both may be used to refer to rule by an economic elite, but oligarchy often has the additional connotation of corruption). Besides these two, we have meritocracy “a system in which the talented are chosen and moved ahead on the basis of their achievement,” monarchy “a form of government in which a country is ruled by a king or queen,” ochlocracy “government by the mob," and gerontocracy “rule by elders,” among many others.

Examples of oligarchy in a Sentence

Their nation is an oligarchy. An oligarchy rules their nation. The corporation is ruled by oligarchy.
See More
Recent Examples on the Web Anton and Yarvin treat this assertion as given and then proceed to talk through how this theocratic oligarchy might be overturned. — Damon Linker, The Week, 28 July 2021 Aside from exposing a small portion of the global oligarchy's dirty laundry, this reporting is a rare window into how the systematic corruption of the global financial system fuels right-wing extremism around the globe. — Ryan Cooper, The Week, 4 Oct. 2021 For example, why is there a technology oligarchy in the US? — Steve Andriole, Forbes, 11 Oct. 2021 Chile's constitutional assembly is expected to try to limit the privileges of an elite with a dominant hold on political power, that still acts as an oligarchy. — Daniela Mohor W., CNN, 4 July 2021 In others, the New World Order is not about race or religion but oligarchy. — Mike Giglio, The New Yorker, 28 July 2021 The Third Reconstruction should aim to end -- once and for all -- the oligarchy of rich Whites by creating an America in which all are equal at the voting booth, the school, the clinic and the workplace. — Jeffrey D. Sachs, CNN, 25 May 2021 The public has become increasingly aware of and frustrated by corrupt dealings between Mexico’s narrow oligarchy of billionaires and the political class. — Nathaniel Parish Flannery, Forbes, 19 Apr. 2021 Want to imagine life if the public-health oligarchy had free rein? — Kimberley A. Strassel, WSJ, 15 Apr. 2021

These example sentences are selected automatically from various online news sources to reflect current usage of the word 'oligarchy.' Views expressed in the examples do not represent the opinion of Merriam-Webster or its editors. Send us feedback.

First Known Use of oligarchy

The first known use of oligarchy was in 1542 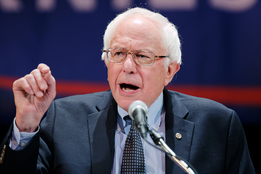 Trending: Sanders: 'End the Movement Toward Oligarchy in This Country' 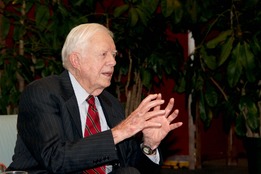 Jimmy Carter comments on the influence of money in politics ...

More from Merriam-Webster on oligarchy

Thesaurus: All synonyms and antonyms for oligarchy