ˈō-dər
Synonyms of odor
1
a
: a quality of something that stimulates the olfactory organ : scent
b
: a sensation resulting from adequate stimulation of the olfactory organ : smell
2
a
: a characteristic or predominant quality : flavor
the odor of sanctity
b
: repute, estimation
in bad odor
3
archaic : something that emits a sweet or pleasing scent : perfume
odored
ˈō-dərd
adjective
odorless
ˈō-dər-ləs
adjective

smell, scent, odor, aroma mean the quality that makes a thing perceptible to the olfactory sense.

smell implies solely the sensation without suggestion of quality or character.

an odd smell permeated the room

scent applies to the characteristic smell given off by a substance, an animal, or a plant.

the scent of lilacs

odor may imply a stronger or more readily distinguished scent or it may be equivalent to smell.

a cheese with a strong odor

the aroma of freshly ground coffee

These example sentences are selected automatically from various online news sources to reflect current usage of the word 'odor.' Views expressed in the examples do not represent the opinion of Merriam-Webster or its editors. Send us feedback.

Middle English odour, borrowed from Anglo-French odur, borrowed from Latin odor (early Latin odōs), going back to *od-os-, s-stem derivative of a verbal base *od- (whence Latin oleō, olēre, also olō, olere "to give off a smell, smell (of)," from *odere), going back to Indo-European *h3ed-, whence Greek ózein "to smell, give off an odor," Armenian hot "smell, odor" (probably also an s-stem), Lithuanian úodžiu, úosti "to smell, sniff"

Note: The length in the Baltic form is attributed to Winter's Law, which is believed to lengthen vowels before an original voiced, unaspirated stop in Baltic and Slavic in certain environments. 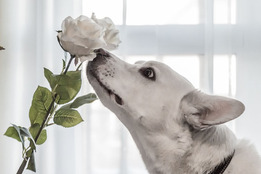 Words for odors and such... 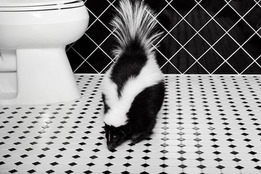 What's That Smell? Obscure Words for...

noun
ˈōd-ər
: the quality of something that stimulates the sense of smell : scent
also : a sensation resulting from such stimulation
odorless
-ləs
adjective

More from Merriam-Webster on odor