mor·​al ˈmȯr-əl
ˈmär-
1
a
: of or relating to principles of right and wrong in behavior : ethical
moral judgments
b
: expressing or teaching a conception of right behavior
a moral poem
c
: conforming to a standard of right behavior
took a moral position on the issue though it cost him the nomination
d
: sanctioned by or operative on one's conscience or ethical judgment
a moral obligation
e
: capable of right and wrong action
a moral agent
2
: probable though not proved : virtual
a moral certainty
3
: perceptual or psychological rather than tangible or practical in nature or effect
a moral victory
moral support
morally
ˈmȯr-ə-lē
ˈmär-
adverb

mor·​al ˈmȯr-əl
ˈmär-;
sense 3 is
mə-ˈral
1
a
: the moral significance or practical lesson (as of a story)
The moral of the story is to be satisfied with what you have.
b
: a passage pointing out usually in conclusion the lesson to be drawn from a story
2
morals plural
a
: moral practices or teachings : modes of conduct
an authoritative code of morals has force and effect when it expresses the settled customs of a stable society Walter Lippmann
b
: ethics
the science of morals endeavors to divide men into the good and the bad J. W. Krutch
3
: morale
The casualties did not shake the moral of the soldiers.

Ethics vs Morals: Is there a difference?

Ethics and morals are both used in the plural and are often regarded as synonyms, but there is some distinction in how they are used.

Morals often describes one's particular values concerning what is right and what is wrong:

It would go against my morals to help you cheat on the test.

He appears to view himself as a kind of culture warrior, striking out against the crumbling morals of modern society.
Jonathan Goldsbie, Now Toronto, 16 Oct. 2014

While ethics can refer broadly to moral principles, one often sees it applied to questions of correct behavior within a relatively narrow area of activity:

Our class had a debate over the ethics of genetic testing.

Anybody, it seemed, could make the music -- if they couldn't play guitar, they could push a button -- and nobody worried about the ethics of appropriating riffs.
Jennifer Foote, Newsweek, 23 July 1990

In addition, morals usually connotes an element of subjective preference, while ethics tends to suggest aspects of universal fairness and the question of whether or not an action is responsible:

Perhaps you don’t like Kim Kardashian, or her family, or her morals don’t align with yours, or you just think it’s weird that she might have had some plastic surgery, likes to apply makeup in a really complicated way and named her kid “Saint.”
Sarah Boboltz, The Huffington Post, 12 Oct. 2016

The Frenches, both professors in The Media School, focused on the ethics of making medical decisions for a child who could not express her own wishes yet…
Chris Mura, Indiana Daily Student, 18 Oct. 2016

moral, ethical, virtuous, righteous, noble mean conforming to a standard of what is right and good.

the basic moral values of a community

ethical may suggest the involvement of more difficult or subtle questions of rightness, fairness, or equity.

committed to the highest ethical principles

not a religious person, but virtuous nevertheless

righteous stresses guiltlessness or blamelessness and often suggests the sanctimonious.

wished to be righteous before God and the world

noble implies moral eminence and freedom from anything petty, mean, or dubious in conduct and character.

had the noblest of reasons for seeking office

Adjective Nor did these lawyers and bankers walk about suffused with guilt. They had the moral equivalent of teflon on their soul. Church on Sunday, foreclose on Monday. Norman Mailer, New York Review of Books, 27 Mar. 2002 … trip-wire sensitivity to perceived insult often leads to unjustifiable firings and other moral and legal imbroglios. John McWhorter, New Republic, 14 Jan. 2002 The modern liberal state was premised on the notion that in the interests of political peace, government would not take sides among the differing moral claims made by religion and traditional culture. Francis Fukuyama, Atlantic, May 1999 It was our desire for a moral world, the deep wish to assert the existence of goodness, that generated, as it continues to do, political fantasy. Arthur Miller, Timebends, 1987 The author avoids making moral judgments. Each story teaches an important moral lesson. He felt that he had a moral obligation to help the poor. We're confident she has the moral fiber to make the right decision. Their behavior was not moral. Animals are not moral creatures and are not responsible for their actions. Noun The moral of the story is to be satisfied with what you have. The moral here is: pay attention to the warning lights in your car. Socrates was accused of corrupting the morals of the youth of Athens. The author points to recent cases of fraud as evidence of the lack of morals in the business world. See More
Recent Examples on the Web
Adjective
The Great Awakening of the early 19th century, emphasizing moral obligation, was a vital impetus to the abolition of slavery—an epic expansion of individual liberty. Christopher Demuth, WSJ, 18 Nov. 2022 Business leaders have a moral obligation to protect customer data. Tony Fitzgibbon, Forbes, 10 Nov. 2022 There is simply no moral or legal basis for persistently retaining cultural property which was looted during military expeditions or in unequal negotiations, for that matter. Kelsey Ables, Washington Post, 11 Oct. 2022 There is simply no moral or legal basis for persistently retaining cultural property which was looted during military expeditions or in unequal negotiations, for that matter. Kelsey Ables, Anchorage Daily News, 11 Oct. 2022 There is moral obligation for the government to provide for families who can’t provide for themselves. jsonline.com, 6 Oct. 2022 These bills are the result of messy arguments about difficult moral, legal, political, and practical questions that many lawmakers had previously only considered in theory. Time, 15 Sep. 2022 Now young snowflakes are being told that underachieving is like shrinking your carbon footprint: a moral obligation. Larry Edelman, BostonGlobe.com, 31 Aug. 2022 If the moral obligation to pay one’s debts were a hard and fast rule, then everyone would pay the same rate. Michael Hiltzik, Los Angeles Times, 29 Aug. 2022
Noun
The moral: Giving quarterback Patrick Mahomes a few seconds to work with can backfire – especially with Butker in the mix. Jarrett Bell, USA TODAY, 16 Oct. 2022 The moral of the story: Don’t make your pricing so difficult to understand that your customers get riled up or tune out. Roy Barak, Forbes, 15 June 2022 The moral of the story here: be more like Betty, not Bob. George Deeb, Forbes, 3 Oct. 2022 The moral of this story is that there is more than one way to think about pickles. Dorothy Dworkin, Sun Sentinel, 29 Sep. 2022 Except, of course, the moral of Groundhog Day is that sincere intention can change the future. WIRED, 28 Sep. 2022 After speaking with shop owners in several different states, the moral of the story seems to be that there’s no rhyme or reason to what goods or which brands are causing inventory problems on a consistent basis. Andrew Weaver, Outside Online, 6 Nov. 2020 The moral of a story is not always clear, or the same to everyone in the audience. Rachel Connolly, The New Republic, 12 Aug. 2022 The moral of the story is to think unconventionally and experiment with different things—if only to give you a reason to host more barbecues. Katie Kelly Bell, Forbes, 20 June 2022 See More

These example sentences are selected automatically from various online news sources to reflect current usage of the word 'moral.' Views expressed in the examples do not represent the opinion of Merriam-Webster or its editors. Send us feedback. 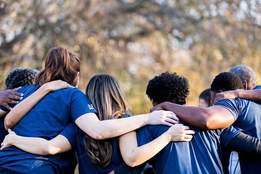 The difference between what is right and what feels good.

More from Merriam-Webster on moral