ˈləv
Synonyms of love
1
a(1)
: strong affection for another arising out of kinship or personal ties
maternal love for a child
(2)
: attraction based on sexual desire : affection and tenderness felt by lovers
After all these years, they are still very much in love.
(3)
: affection based on admiration, benevolence, or common interests
love for his old schoolmates
b
: an assurance of affection
give her my love
2
: warm attachment, enthusiasm, or devotion
love of the sea
3
a
: the object of attachment, devotion, or admiration
baseball was his first love
b(1)
: a beloved person : darling —often used as a term of endearment
(2)
British —used as an informal term of address
4
a
: unselfish loyal and benevolent (see benevolent sense 1a) concern for the good of another: such as
(1)
: the fatherly concern of God for humankind
(2)
: brotherly concern for others
b
: a person's adoration of God
5
: a god (such as Cupid or Eros) or personification of love
6
: an amorous episode : love affair
7
: the sexual embrace : copulation
8
: a score of zero (as in tennis)
9
capitalized Christian Science : god

: to feel affection or experience desire
Phrases
at love
: holding one's opponent scoreless in tennis
in love
: inspired by affection

Noun Mr. Brown seems to imply that when he retired he relinquished her love as casually as he dispensed with her secretarial services. —Ken Follett, New York Times Book Review, 27 Dec. 1987 … Eddie sees Vince's pure love of pool, and after years of thinking of the game as merely a hustle, the older man suddenly falls back in love with the game himself. —Maureen Dowd, New York Times Magazine, 28 Sept. 1986 Aunt Polly knelt down and prayed for Tom so touchingly, so appealingly, and with such measureless love in her words and her old trembling voice, that he was weltering in tears again, long before she was through. —Mark Twain, Tom Sawyer, 1876 Allworthy thus answered: " … I have always thought love the only foundation of happiness in a married state, as it can only produce that high and tender friendship which should always be the cement of this union … " —Henry Fielding, Tom Jones, 1749 Children need unconditional love from their parents. He was just a lonely man looking for love. Verb People loved him for his brashness and talent, his crazy manglings of the English language, his brawling, boyish antics … and I loved him, too, I loved him as much as anyone in the world. —Paul Auster, Granta, Winter 1994 Lying awake, listening to the sound of his father's breathing, he knew there was no one in the world he loved so much. —William Maxwell, New Yorker, 15 May 1989 I love either rushing off into abstractions, or shamelessly talking personalities. —Elizabeth Bowen, letter, 28 Apr. 1923 "Nay," said Elizabeth, "this is not fair. You wish to think all the world respectable, and are hurt if I speak ill of any body. I only want to think you perfect, and you set yourself against it. Do not be afraid of my running into any excess, of my encroaching on your privilege of universal good will. You need not. There are few people whom I really love, and still fewer of whom I think well." —Jane Austen, Pride and Prejudice, 1813 She obviously loves her family very much. You have to love in order to be loved. He swore that he loved her madly. She said she could never marry a man she didn't love. See More
Recent Examples on the Web
Noun
In the eight-track album — produced by The Rude Boyz — Maluma stays true to his urbano essence singing about love, lust and heartbreak, but does so with slightly more raunchier lyrics. —Griselda Flores, Billboard, 4 Feb. 2023 Saint Mary’s has been the spoiler to some perfect Gonzaga seasons in the past, and the Zags love getting a win in the Moraga gym. —Ian Firstenberg, Chicago Tribune, 4 Feb. 2023 Born and raised in privilege on a farm in upstate New York, Cassie fell in love with Vincent at art college before the reality of life kicked in. —Joe Otterson, Variety, 3 Feb. 2023 Middleton, from East Yorkshire, England, also shared that Peggy was the runt of her litter and waited six months for a home before Middleton fell in love with the pup. —Kelli Bender, Peoplemag, 3 Feb. 2023 But fans immediately fell in love with the actors' natural chemistry together and wanted more. —Sydney Bucksbaum, EW.com, 3 Feb. 2023 Over the past three years, many Americans have fallen out of love with ambition. —Alicia Adamczyk, Fortune, 2 Feb. 2023 The Newton native and Jamaica Plain resident began leafing through graphic novels as a kid, falling in love with the mesh of art and words. —Diti Kohli, BostonGlobe.com, 31 Jan. 2023 Hung Nguyen, 70, of Santa Ana was a gun enthusiast in his youth, after moving to Chicago from Vietnam and falling in love with American cowboys in the movies — especially John Wayne. —Los Angeles Times, 30 Jan. 2023
Verb
Mama Combs, Quincy, Justin, Christian, Chance, D’Lila, Jessie, and I all love you so much! —Elizabeth Ayoola, Essence, 12 Jan. 2023 Reassuring a nervous baby journalist is, of course, just one reason to love Kate Winslet. —Kathleen Walsh, Glamour, 10 Jan. 2023 The world would be a nicer place if everyone had the ability to love as unconditionally as a dog. —Yaa Bofah, Good Housekeeping, 9 Jan. 2023 Just to check in and say hello, love you, thinking of you. —Vivian Ewing, New York Times, 7 Jan. 2023 The people who love you are ready to share their appreciation! —Tarot Astrologers, Chicago Tribune, 7 Jan. 2023 TikTok creators have been sharing their experiences with shadow work as a way to help heal their inner child, learn to love themselves on a deeper level, and process their emotions in healthier ways. —Devon Abelman, Allure, 6 Jan. 2023 Fans of ska, alternative rock and reggae will find plenty to love throughout the lineup. —Los Angeles Times, 6 Jan. 2023 There's plenty to love about it beyond the price point. —Brad Lanphear, Men's Health, 6 Jan. 2023 See More

These example sentences are selected automatically from various online news sources to reflect current usage of the word 'love.' Views expressed in the examples do not represent the opinion of Merriam-Webster or its editors. Send us feedback. 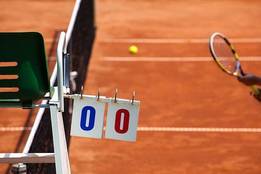 Why 'Love' Means "Nothing" 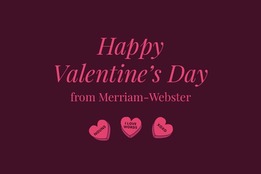 For you, from us.

1 of 2 noun
ˈləv
1
: a quality or feeling of strong or constant affection for and dedication to another
motherly love
2
a
: attraction based on sexual desire : the strong affection and tenderness felt by lovers
b
: a beloved person : darling
3
a
: warm attachment, enthusiasm, or devotion
love of the sea
b
: the object of attachment or devotion
4
: a score of zero in tennis

2 of 2 verb
loved; loving
1
: to hold dear : cherish
2
a
: to feel a lover's passion, devotion, or tenderness for
b
: to touch or stroke lightly
3
: to like or desire actively : take pleasure in
loved to play the violin
4
: to grow well in
the rose loves sunlight

More from Merriam-Webster on love