1
: to make sure or take care (that something is done)
censor to look that no man lived idly—Edward Gee
2
: to ascertain by the use of one's eyes
look what I brought you
3
a
: to exercise the power of vision upon : examine
b
archaic : to search for
4
a
: expect, anticipate
we look to have a good year
b
: to have in mind as an end
looking to win back some lost profits
5
archaic : to bring into a place or condition by the exercise of the power of vision
6
: to express by the eyes or facial expression
the friar looked his surprise—Robert Brennan
7
: to have an appearance that befits or accords with
looks her age

1
a
: to exercise the power of vision : see
b
: to direct one's attention
look upon the future with hope
look at the map
c
: to direct the eyes
looked up from the newspaper
2
: to have the appearance or likelihood of being : seem
it looks unlikely
looks to be hard work
3
: to have a specified outlook
the house looked east
4
: to gaze in wonder or surprise : stare
5
: to show a tendency
the evidence looks to acquittal

1
a
: the act of looking
b
: glance
2
a
: the expression of the countenance
b
: physical appearance
especially : attractive physical appearance —usually used in plural
c
: a combination of design features giving a unified appearance
a new look in women's fashions
3
: the state or form in which something appears
Phrases
look after
: to take care of
looked after her sick mother
look at
1
: consider sense 1
looking at the possibility of relocating
2
: confront, face
looking at a mandatory fine—Cindy Kilass
look down one's nose
: to view something with arrogance, disdain, or disapproval
writers who look down their noses at popular culture
look for
1
: to await with hope or anticipation
You can look for me to arrive at noon.
2
: to search for : seek
looking for a new car
look forward
: to anticipate with pleasure or satisfaction
looking forward to your visit
look into
: explore sense 1a
Investigators are looking into the cause of the accident.
look the other way
: to direct one's attention away from something unpleasant or troublesome
We can't just look the other way while these violations of human rights continue to occur.
look to
1
: to direct one's attention to
looking to the future
2
: to rely upon
looks to reading for relaxation

expect, hope, look mean to await some occurrence or outcome.

expect implies a high degree of certainty and usually involves the idea of preparing or envisioning.

expects to be finished by Tuesday

hope implies little certainty but suggests confidence or assurance in the possibility that what one desires or longs for will happen.

hopes to find a job soon

look, with to, implies assurance that expectations will be fulfilled

looks to a tidy profit from the sale

; with for it implies less assurance and suggests an attitude of expectancy and watchfulness.

look for rain when the wind shifts to the northeast

Verb He looked straight ahead and kept walking. When you take a walk, look around you. She smiled at me and then looked away. He looked back the way he had come. Look both ways before you cross the street. When I finally reached the top I was afraid to look down. She looked from one person to the next. They looked off into the distance. He was looking over his shoulder. Her new haircut makes her look young. Noun I don't think you left it here, but I'll take a look around for it. I took a quick look, but he wasn't there. See More
Recent Examples on the Web
Verb
Travis Kelce is poised for another big day, so look for the veteran tight end to put up at least one score here. —Ian Firstenberg, Chicago Tribune, 29 Jan. 2023 So the lead-up to the 1 p.m. ET games has to look and feel different than their counterparts on FOX and CBS, which spend one hour each with the pregame shows. —Scooby Axson, USA TODAY, 29 Jan. 2023 If your stairs look a bit plain and could use something to prevent any falls, check out the Rugshop Distressed Bohemian Non-Slip Stair Treads that are currently 34 percent off. —Casey Clark, Peoplemag, 29 Jan. 2023 To be approved for city child care funding, providers must be visited by independent observers who look for quality interactions between teachers, note areas for improvement and decide whether the program passes a quality test. —San Diego Union-Tribune, 29 Jan. 2023 Israel carried out a drone strike targeting a defense compound in Iran, as the U.S. and Israel look for new ways to contain Tehran’s nuclear and military ambitions, according to U.S. officials and people familiar with the operation. —Gordon Lubold, WSJ, 29 Jan. 2023 The idea was Shah Rukh Khan – if not possible, who else do people look at like that? —Naman Ramachandran, Variety, 28 Jan. 2023 And with this new power, the duo and those working with them seem to be drastically rewriting the plans for what these movies will look like. —Anhar Karim, Forbes, 28 Jan. 2023 Case in point: Over half (55%) reportedly look at an employer’s financial outlook before applying to a position. —Chloe Berger, Fortune, 28 Jan. 2023
Noun
This time, the ultimate highlight wasn’t some no-look pass or gravity-defying sidearm dart through a maze of bodies. —Jarrett Bell, USA TODAY, 30 Jan. 2023 The new-look Heat proceeded to eliminate the Celtics from the playoffs in 2011 and again in 2012, after a seven-game scrap in the conference finals. —Scott Cacciola, New York Times, 29 Jan. 2023 UConn was in a dominant mode as the new-look CT Ice tournament relaunched Friday. —Dom Amore, Hartford Courant, 27 Jan. 2023 Johnson, for his part, and his dj2 Entertainment signed a first-look deal with Amazon Studios in February 2022. —Lesley Goldberg, The Hollywood Reporter, 27 Jan. 2023 Moren questioned the new-look Hoosiers’ toughness until an early road win over Tennessee put those concerns to bed. —Wilson Moore, The Indianapolis Star, 26 Jan. 2023 The film kicks off the company’s first-look deal with A24 and is set to debut on Apple TV+. —Angelique Jackson, Variety, 25 Jan. 2023 The appeal of lip gloss nails is their breadth of interpretation—basically, the only mandate is a wet-look surface. —Calin Van Paris, Vogue, 23 Jan. 2023 The theatrics of spinning no-look passes and playing catch with the referee in the middle of a fastbreak captured the imagination but doing so in remixed versions of the American flag captured the eye. —Keith Nelson, Men's Health, 23 Jan. 2023 See More

These example sentences are selected automatically from various online news sources to reflect current usage of the word 'look.' Views expressed in the examples do not represent the opinion of Merriam-Webster or its editors. Send us feedback. 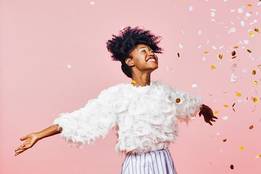 1 of 2 verb
ˈlu̇k
1
: to exercise the power of vision : see
2
: to express by the eyes or by an expression of the face
3
a
: to have an appearance that is suitable for
looks her age
b
: seem sense 1
it looks dangerous
4
: to direct one's attention or eyes
look in the mirror
5
: point entry 2 sense 4, face
the house looks east

2 of 2 noun
1
a
: the act of looking
b
: glance entry 2 sense 3
2
a
: the expression of the face
b
: physical appearance
especially : attractive physical appearance —usually used in plural
3
: the state or form in which something appears : aspect

More from Merriam-Webster on look