1
a
: to guide on a way especially by going in advance
led the officers to his hiding place
b
: to direct on a course or in a direction
a road leading the traveler to the heart of the city
c
: to serve as a channel for
a pipe leads water to the house
2
: to go through : live
lead a quiet life
3
a(1)
: to direct the operations, activity, or performance of
lead an orchestra
(2)
: to have charge of
lead a campaign
(3)
: to suggest to (a witness) the answer desired by asking leading questions
counsel is leading this witness, putting words in her mouth Erle Stanley Gardner
b(1)
: to go at the head of
lead a parade
(2)
: to be first in or among
lead the league
(3)
: to have a margin over
led his opponent
4
: to bring to some conclusion or condition
led to believe otherwise
5
: to begin play with
lead trumps
6
a
: to aim in front of (a moving object)
lead a duck
b
: to pass a ball or puck just in front of (a moving teammate)

1
a
: to guide someone or something along a way
You lead and we'll follow.
b
: to lie, run, or open in a specified place or direction
path leads uphill
c
: to guide a dance partner through the steps of a dance
2
a
: to be first
This state leads in population.
b(1)
: begin, open
will lead off with a Christmas story Richard Bissell
(2)
: to play the first card of a trick, round, or game
3
: to tend toward or have a result
study leading to a degree
4
: to direct the first of a series of blows at an opponent in boxing

ˈlēd
1
a(1)
: leadership
look to the president for a unifying lead D. W. Brogan
(2)
: example, precedent
followed the lead of the majority leader in voting
b(1)
: position at the front : vanguard
The runner from Kenya was in the lead for most of the race.
(2)
: initiative
took the lead in fighting the measure
(3)
: the act or privilege of playing first in a card game
Your partner has the lead.
also : the card or suit played first
His lead was the ace.
c
: a margin or measure of advantage or superiority or position in advance
enjoys a good lead over all competitors
2
: one that leads: such as
a
: lode sense 2
b
: a channel of water especially through a field of ice
c
: indication, clue
The detectives had a few leads to follow.
d
: a principal role in a dramatic production
She was the romantic lead in the movie.
also : one who plays such a role
e
: leash sense 1
train a dog to walk on a lead
f(1)
: an introductory section of a news story : lede
edit the lead to grab the reader's attention
(2)
: a news story of chief importance
The story of his arrest was the lead in newspapers across the country.
3
: an insulated electrical conductor connected to an electrical device
4
: the course of a rope from end to end
5
: the amount of axial (see axial sense 2a) advance of a point accompanying a complete turn of a thread (as of a screw or worm)
6
: a position taken by a base runner off a base toward the next
The runner on first took a big lead.
7
: the first punch of a series or an exchange of punches in boxing

ˈlēd
: acting or serving as a lead (see lead entry 2) or leader
a lead article

ˈled
often attributive
1
: a soft, heavy, metallic element with atomic number 82 found mostly in combination and used especially in alloys, batteries, and shields against sound, vibration, or radiation see Chemical Elements Table
2
a
: a plummet for sounding at sea
b
leads plural, British : a usually flat lead roof
c
leads plural : lead framing for panes in windows
d
: a thin strip of metal used to separate lines of type in printing
3
a
: a thin stick of marking substance (such as graphite) in or for a pencil
b
: white lead
4
: bullets, projectiles
5
: tetraethyl lead

1
: to cover, line, or weight with lead (see lead entry 4)
2
: to fix (window glass) in position with leads
3
: to put space between the lines of (typeset matter)
4
: to treat or mix with lead or a lead compound
leaded gasoline
Phrases
lead one down the garden path or less commonly lead one up the garden path
: hoodwink, deceive
I'd rather he be disappointed with the truth rather than lead him down the garden path Harold Robbins

When to Use Lead or Led

There is some persistent confusion about lead and led. Or, we should say, there is confusion about the leads and led. Lead is both a noun and a verb, as most people know. There are several unrelated nouns spelled lead: one most commonly refers to a metal (as in, "The paint was made with lead"), and the other most commonly refers to a position of advantage (as in, "Our team was in the lead"). The verb lead is pronounced /LEED/, with a long e; the noun that refers to a position or advantage is also pronounced /LEED/, with a long e; the noun that refers to the metal, however, is pronounced /LED/, with a short e. To this moderately convoluted situation, add the past tense and past participle of the verb lead, which is led and pronounced like the metal noun lead with a short e. The homophonic confusion leads to homographic confusion, and you will therefore occasionally see lead in constructions where led is called for (as in, “She lead the ducklings to safety” instead of “She led the ducklings to safety”). The correct past and past participle of lead is spelled led. If you aren’t sure whether to use led or lead as the verb in your sentence, try reading it aloud to yourself. If the verb is pronounced /LED/, use led.

guide, lead, steer, pilot, engineer mean to direct in a course or show the way to be followed.

guide implies intimate knowledge of the way and of all its difficulties and dangers.

guided the scouts through the cave

lead implies showing the way and often keeping those that follow under control and in order.

led his team to victory

steer implies an ability to keep to a course and stresses the capacity of maneuvering correctly.

steered the ship through a narrow channel

pilot suggests guidance over a dangerous or complicated course.

piloted the bill through the Senate

engineer implies finding ways to avoid or overcome difficulties in achieving an end or carrying out a plan.

engineered his son's election to the governorship

15th century, in the meaning defined at sense 1a(1)

1828, in the meaning defined above 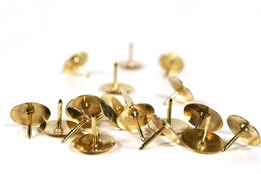 7 Phrases That Are Just So Metal

Some of these phrases have magnetism. 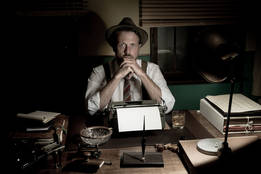 ˈlēd
led ˈled ; leading
ˈlēd-iŋ
1
a
: to guide especially by going in advance : conduct
b
: to direct on a course or in a direction
c
: to serve as a channel for
d
: to lie, go, or open in a specified direction
the path leads uphill
study leading to a degree
2
: to go through : live
lead a quiet life
3
a
: to direct the activity of : manage, direct
lead an orchestra
lead a campaign
b
: to be first or best in
lead the league
also : begin sense 1, open
c
: to be ahead of
led their opponents by 20 points at the end of the third quarter

1
a
: position at the front : leadership
b
: example sense 1, precedent
c
: an amount or distance ahead
2
: indication sense 2, clue
3
: a principal role in a play
also : one who plays such a role
4
: a beginning section of a news story
also : a news story of chief importance
5
: the first in a series
also : the right to be first
6
: an insulated electrical conductor
7
: a position taken by a base runner off a base toward the next

: acting or serving as a lead or leader
lead guitarist

ˈled
1
: a soft bluish white heavy metallic element that is found mostly in combination with other elements, is easily shaped, and is used especially in pipes, cable coverings, batteries, solder, and radiation shields see element
2
a
: a mass of lead used on a line for finding the depth of water (as in the ocean)
b
plural : lead framing for glass (as in windows)
3
: a thin stick of marking substance (as graphite) in or for a pencil
4
: bullets in quantity
5
: tetraethyl lead

ˈled
leaded; leading
1
: to cover, line, or weight with lead
2
: to fix (window glass) in position with lead
3
: to treat or mix with lead or a lead compound
leaded gasoline

ˈlēd
: a flexible or solid insulated conductor connected to or leading out from an electrical device (as an electroencephalograph)

led; leading
: to suggest the desired answer to (a witness) by asking leading questions

: something serving as a tip, indication, or clue
the police have only one lead in the murder investigation

More from Merriam-Webster on lead