lan·​guage ˈlaŋ-gwij
-wij
Synonyms of language
1
a
: the words, their pronunciation, and the methods of combining them used and understood by a community
studied the French language
b(1)
: audible, articulate, meaningful sound as produced by the action of the vocal organs
(2)
: a systematic means of communicating ideas or feelings by the use of conventionalized signs, sounds, gestures, or marks having understood meanings
the language of mathematics
(3)
: the suggestion by objects, actions, or conditions of associated ideas or feelings
language in their very gesture—William Shakespeare
(4)
: the means by which animals communicate
the language of birds
(5)
: a formal system of signs and symbols (such as FORTRAN or a calculus in logic) including rules for the formation and transformation of admissible expressions
(6)
: machine language sense 1
2
a
: form or manner of verbal expression
specifically : style
the beauty of Shakespeare's language
b
: the vocabulary and phraseology belonging to an art or a department of knowledge
the language of diplomacy
medical language
c
: profanity
shouldn't of blamed the fellers if they'd cut loose with some language—Ring Lardner
3
: the study of language especially as a school subject
earned a grade of B in language
4
: specific words especially in a law or regulation
The police were diligent in enforcing the language of the law.

How many languages do you speak? French is her first language. The book has been translated into several languages. He's learning English as a second language. a new word that has recently entered the language the formal language of the report the beauty of Shakespeare's language She expressed her ideas using simple and clear language. He is always careful in his use of language. See More
Recent Examples on the Web While history would be made if Bad Bunny snuck in with a win for the first all-Spanish language album nominated in the top category, this one is a three-way tug of war among Beyoncé, Adele and Styles. —Melissa Ruggieri, USA TODAY, 3 Feb. 2023 For example, a doctor could ask ChatGPT to simplify complicated medical jargon into language that someone with a seventh-grade education could understand. —Jen Christensen, CNN, 2 Feb. 2023 Contains strong violence and bloody images, pervasive crude language, some sexuality and brief nudity. —Lucas Trevor, Washington Post, 2 Feb. 2023 In recent months, a new word has crept into the language: tracances, a mashup of work (travail) and vacation (vacances). —Vivienne Walt, Fortune, 2 Feb. 2023 For years, the commission, formed in 2019, has discussed how to remove racist language from property deeds. —Quinn Clark, Journal Sentinel, 1 Feb. 2023 The language accompanying the statement suggested that there would be multiple rate hikes in the future. —Heard Editors, WSJ, 1 Feb. 2023 Picasso’s father struggled to adjust to the new environment, which was the opposite of Málaga in many ways—not least the Galician language and colder, rainier weather. —Jennifer Billock, Smithsonian Magazine, 1 Feb. 2023 The Gulf Shores ordinance does include language that allows for a hearing as long as an applicant is given a notice 10 days in advance. —al, 1 Feb. 2023 See More

These example sentences are selected automatically from various online news sources to reflect current usage of the word 'language.' Views expressed in the examples do not represent the opinion of Merriam-Webster or its editors. Send us feedback. 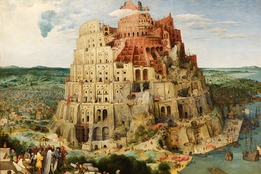 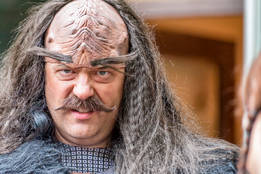 The surprising history of 'conlang' 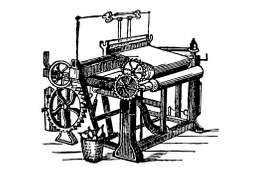 noun
lan·​guage ˈlaŋ-gwij
1
a
: the words, their pronunciation, and the methods of combining them used and understood by a large group of people
b
: a means of communicating ideas
sign language
2
: the means by which animals communicate or are thought to communicate with each other
language of the bees
3
: a system of signs and symbols and rules for using them that is used to carry information
BASIC is a computer language
4
: the way in which words are used
strong language
5
: the words and expressions of a particular group or field
the language of medicine
6
: the study of language

More from Merriam-Webster on language